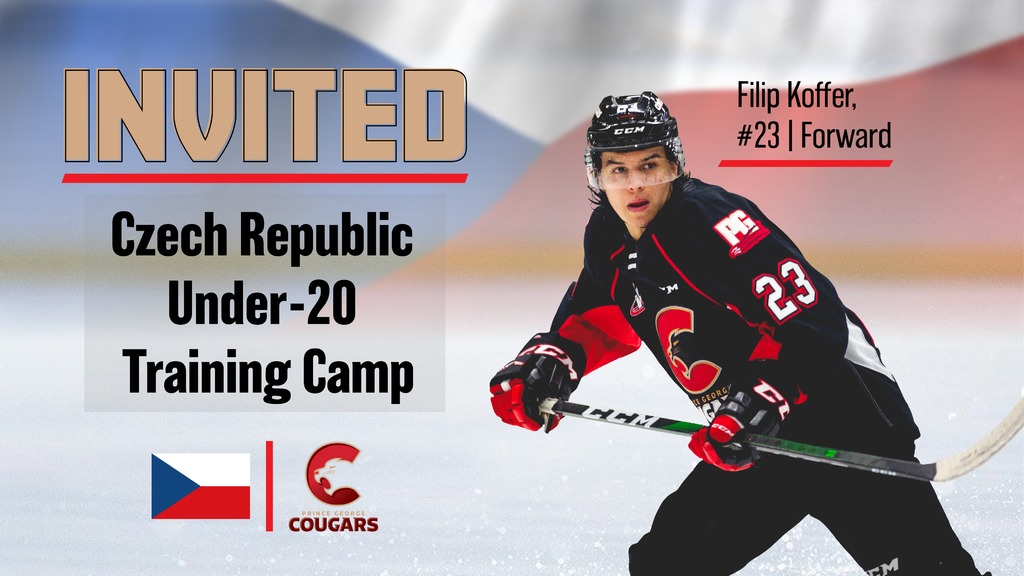 The Prince George Cougars are pleased to announce forward Filip Koffer (’01) has been invited to the Czech Republic’s Under-20 Summer Training Camp. The camp takes place in Rokycany, CZE from June 14th-19th.

Koffer is one of 18 forwards invited to the camp that features 32 players (18 forwards, 10 defencemen, and four goaltenders). This summer training camp is part of the evaluation process for the Czech Republic’s World Junior Hockey Championship roster.

Koffer was the Cougars top rookie scorer with 24 points (9g-15a) in 59 regular season games last season; he was seventh in team scoring. Two seasons ago, the product of Hradec Kralove, CZE played for HC Dynamo Pardubice in the Czech Under-19 league, where he amassed 38 points (10g-28a) in 34 regular season games. The 19-year-old was selected 10th overall by the Cougars in the 2019 Canadian Hockey League Import Draft.