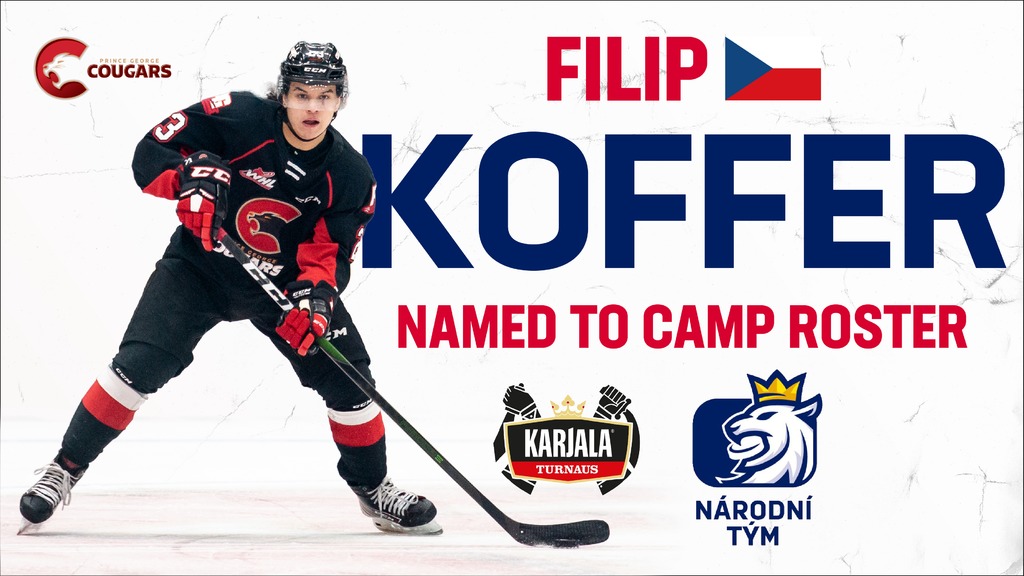 The Prince George Cougars are pleased to announce forward Filip Koffer (’01) has been named to the Czech Republic’s selection camp roster ahead of the upcoming Karjala Cup. The Karjala Cup is an annual tournament between the Czech Republic, Finland, Russia, and Sweden. This year’s tournament will take place November 5th-8th in Helsinki, Finland.

Koffer is one of 21 forwards named to the substitute list for the Czech camp that will take place November 3rd-4th in Helsinki. In June, Koffer participated in the Czech’s Under-20 Summer Training Camp, which is part of the evaluation process for their World Junior Hockey Championship roster.

The Cougars’ winger is currently playing for HC Stadion Litomerice in the Czech2 League, and he has posted three points (1g, 2a) in six games. The league has been paused for three weeks due to a spike in COVID-19 cases in the country.