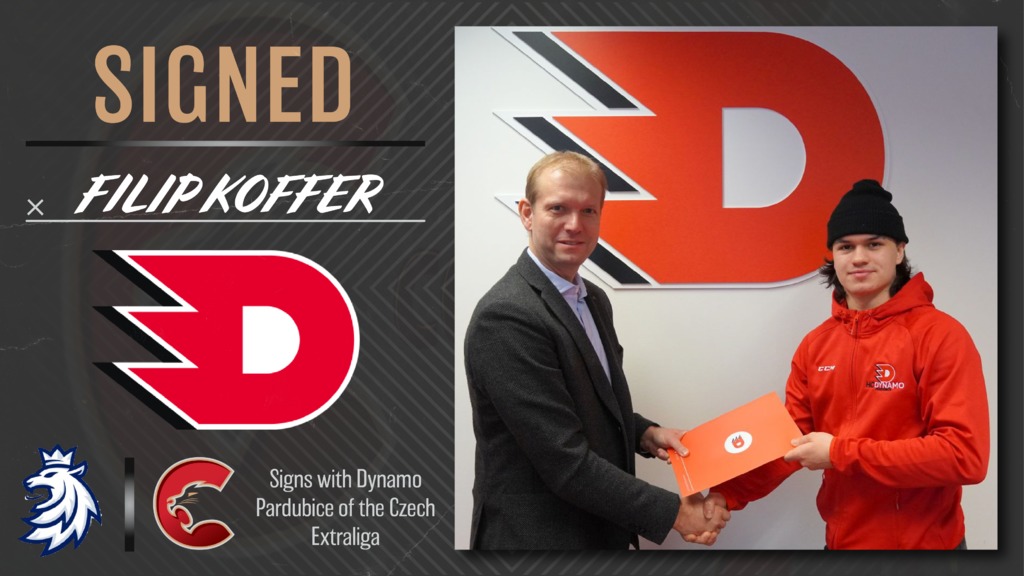 The Prince George Cougars are proud to announce forward Filip Koffer (’01) has signed a professional contract with HC Dynamo Pardubice in the Czech Extraliga.

Koffer started this season with HC Stadion Litomerice in the Czech2 League and had three points (2g, 1a) In 10 games. Koffer is eligible to return to the Cougars this season once HC Dynamo Pardubice’s season has concluded.

Koffer, 19, just played for the Czech Republic at the 2021 IIHF World Junior Hockey Championship in Edmonton, AB. In five games, Koffer had one goal to go along with two penalty-minutes, as the Czech Republic finished eighth. Koffer’s lone goal was the game-winner in a 2-0 upset win over Russia in Group B preliminary round action. The Czechs lost 3-0 to Canada in the quarterfinals.

Koffer has an impressive international resume. He won a bronze medal at the 2018 Hlinka-Gretzky Cup in Edmonton and led the Czechs in scoring at the 2019 World Under-18 Hockey Championship, after he posted six points (4g-2a) in five games.

The 5’10, 165-pound winger was the Cougars top rookie scorer last season with 24 points (9g-15a) in 59 regular season games land was seventh in team scoring. The product of Hradec Kralove, CZE was selected 10th overall by the Cougars in the 2019 Canadian Hockey League Import Draft. Before joining the Cougars, Koffer played for HC Dynamo Pardubice’s Under-19 program and amassed 38 points (10g-28a) in 34 regular season games in 2018-19.