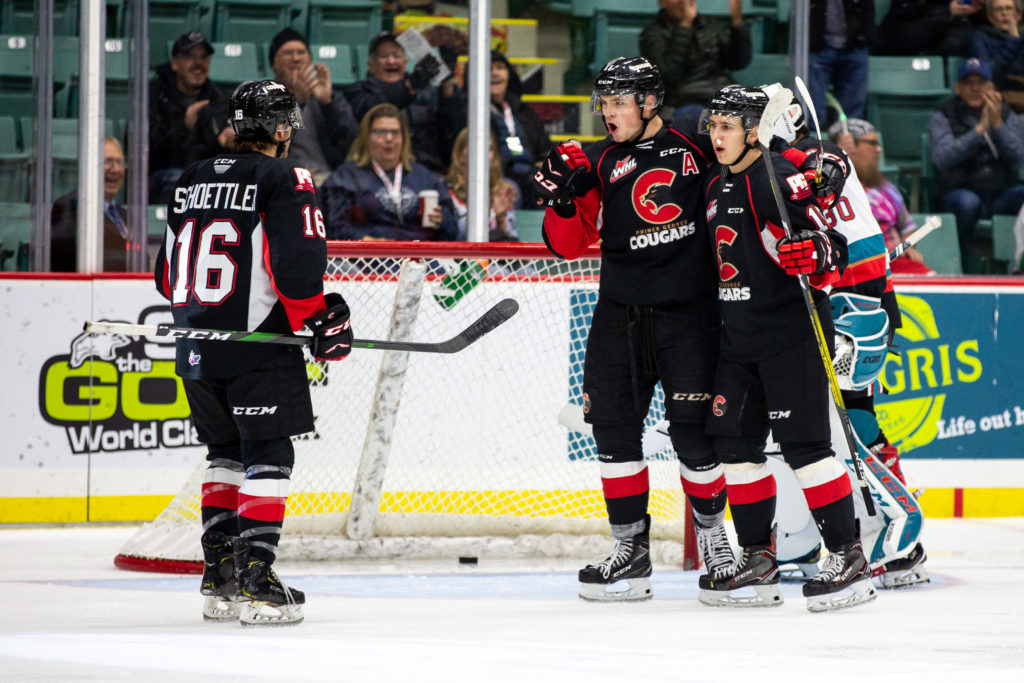 The Prince George Cougars will have to wait at least one more night to pick up their first win of the WHL season, after a 2-1 setback to the Kelowna Rockets Friday night at the CN Centre.

Rockets’ forward Pavel Novak broke a 1-1 deadlock with just under two-minutes left in regulation, as he scored his second of the game, on the power-play, to push Kelowna (4-1-1-0) to their second consecutive win.

After trailing 1-0 for the majority of the game, Josh Maser brought the Cougars (0-4-0-1) level midway through the third period with a power-play marker. It was Maser’s first goal of the season as he banged in Tyson Upper’s rebound from inside the crease.

“I can’t say anything negative at all. We got a great effort for 60-minutes and we came out on the wrong side of a one-goal game again,” commented Cougars’ General Manager & Head Coach Mark Lamb.

Taylor Gauthier took the loss in the Cougars’ crease despite a solid outing between the pipes. Gauthier stopped 19 of 21 shots but made several key saves throughout the game, including a handful when the Rockets had back-to-back power-plays early in the third period.

Roman Basran was the winning goaltender for Kelowna, turning aside 27 of 28 shots.

“The buy-in is there from our players, everyone can see it. I don’t like using the word frustrated. I’m not frustrated at all, because we’re playing the right way. Tonight, is the recipe for success and it will turn around,” said Lamb.

The coaching staff couldn’t have asked for a better defensive effort as the Cougars held the Rockets to just nine shots through 40-minutes. Kelowna had just three shots on net after the opening frame and finished with just 21.

With his assist Friday, Rhett Rhinehart extended his point streak to three games. He was named the game’s second star. If you include an empty-net goal against, Friday marked the fourth one-goal loss in the Cougars’ first five games.

The Cougars look for their first win and a weekend split tomorrow against the Rockets; the puck drops at 7:00 pm. Single game tickets are on-sale and start at just $13, and there is also great senior and youth pricing. Tickets are on sale at the TicketsNorth by Treasure Cove Casino box office, or online at www.ticketsnorth.ca