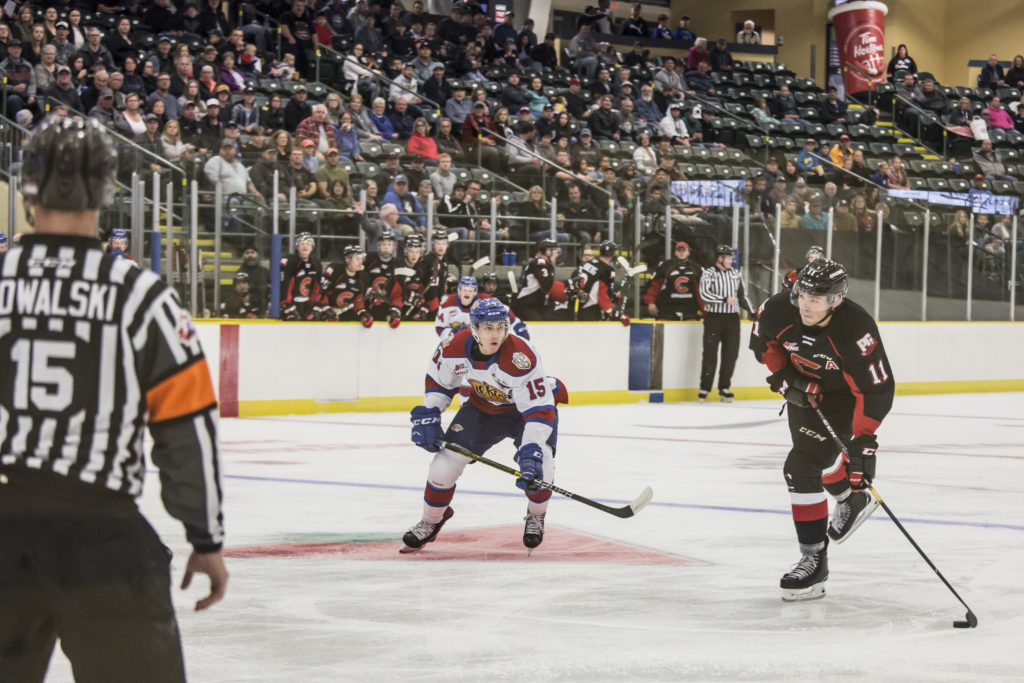 The Prince George Cougars first game in Dawson Creek wasn’t a memorable one, as they fell to the Edmonton Oil Kings 6-1 Thursday night at the Encana Events Centre.

For the second-straight game, penalties did the Cougars in, as they surrendered four power-play goals. The Oil Kings, who scored six power-play markers in their previous three pre-season games, scored four on nine opportunities Thursday. The Cougars couldn’t capitalize on six man-advantages.

Filip Koffer scored the Cougars’ only goal, his first of the pre-season, on a breakaway in the second period. Koffer stripped the puck from the defender at the Edmonton blue-line, before beating Scott on the glove-side. Tyler Brennan went the distance in net, turning aside 40 of 46 shots.

The two teams are off Friday, before playing the back half of the two-game exhibition series on Saturday at 1:00 pm PT. Fans can listen to the game via an audio-only stream at www.mixlr.com/prince-george-cougars