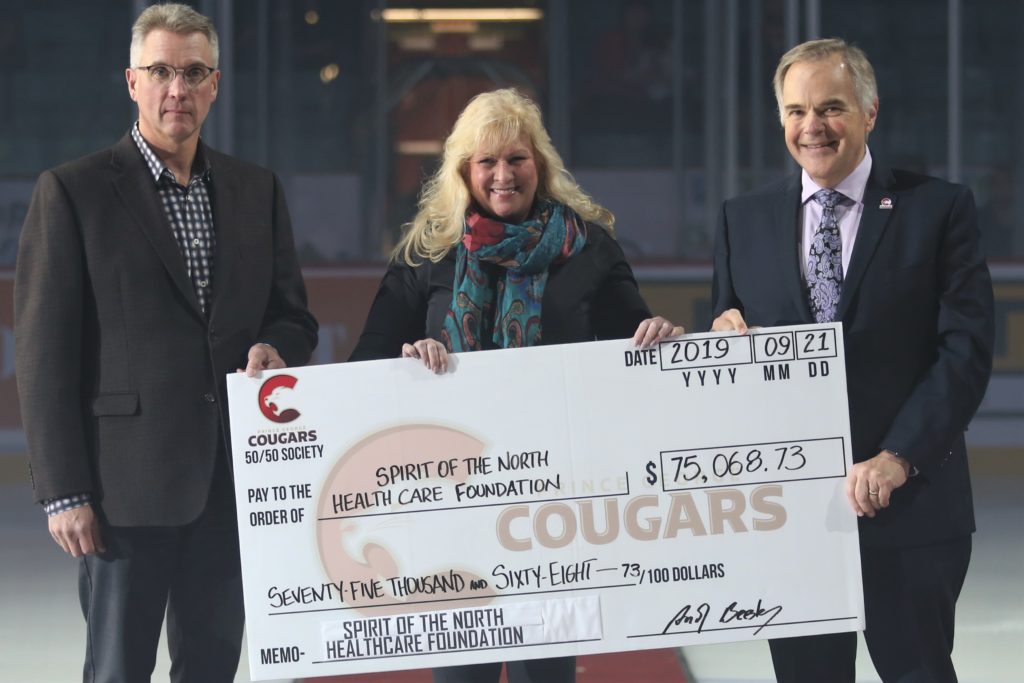 The numbers are in for the eighth annual Prince George Cougars Alumni Hospital Charity Golf Tournament.

This past July, $75,068.73 was raised during the two-day event at the CN Centre and the Prince George Golf & Curling Club. To date, the tournament has raised $558,000 for healthcare in Northern British Columbia (UHNBC).

“With over half a million dollars donated to the Spirit of the North Healthcare Foundation since the tournament began, I know all of our alumni feel a great sense of pride in being able to give back to the city that they loved when they played in Prince George,” said Cougars’ Vice President, Business Andy Beesley.

“I am so deeply grateful to the incredibly hard work Gary Samis put into this tournament.  He was largely responsible for leading the way to the success we have seen, and I think I speak on behalf of everyone involved in our organization that since his passing, we are all even more committed to carry on the positive legacy he built for the benefit of everyone in Northern BC,” Beesley stated.

For the last four years fundraising for the tournament has focused on cardiac care. This year, funds from the sold-out event will be put towards the purchasing of a cardiac ultrasound machine at UHNBC. Last year nearly $74,000 was raised to help complete the Spirit of the North’s regional cardiac strategy for UHNBC.

Over 25 Prince George Cougars alumni were on hand for the event, including Cougars’ owners Eric Brewer and Dan Hamhuis.  This year’s tournament wouldn’t be possible without the support of our alumni, tournament sponsors, volunteers, staff members and participants. The Cougars’ organization would like to thank title sponsor Northland Auto Group, gold sponsors Ken Goss (RE/MAX City Centre Realty), Scotia Bank, and Pomeroy Lodging, along with Silver Sponsor Preston Mobility.