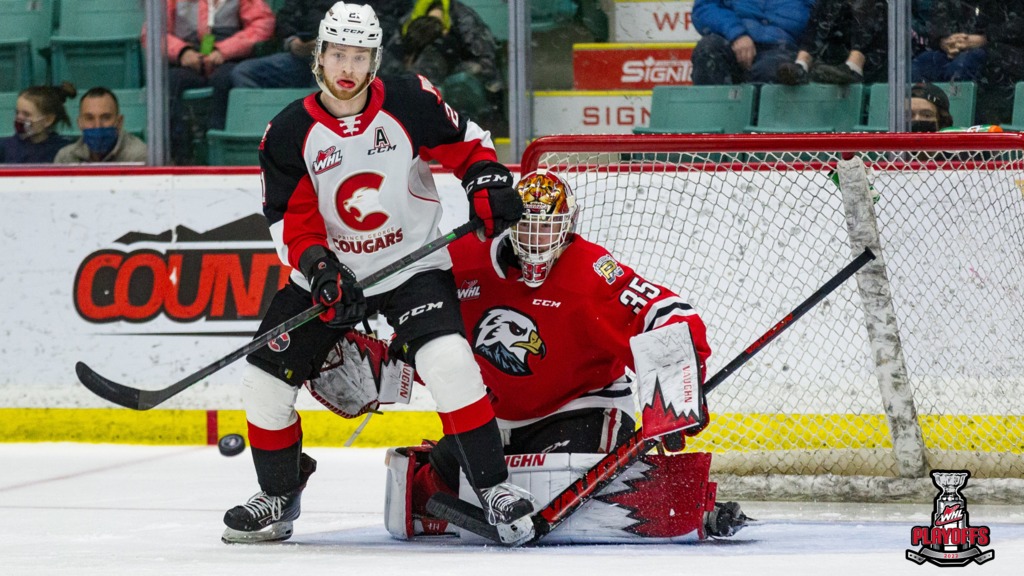 Season Review: The Prince George Cougars are back in the WHL Playoffs for the first time since 2017. The Cougars clinched sixth place in the Western Conference after their final game of the WHL Regular Season. The Cougars finished their 68-game schedule with a record of 24-39-4-1 and finished fourth in the B.C. Division. Prince George, Vancouver, and Spokane all finished with 53 points. The Cougars won a three-way tiebreaker on goal differential, setting up a First Round matchup with the Portland Winterhawks. Portland punched their ticket to the post-season in February and were second in the U.S. Division with 47 wins and 99 points.

Series Preview: What old is new again. The Cougars are back in the playoffs and once again facing the Portland Winterhawks. Prince George faced the Winterhawks in their last post-season appearance in 2017. Portland bettered the Cougars in six games in that opening round encounter. This is the fourth post-season series between these two teams. Prior to 2017, these two teams met in the WHL Playoffs in 2001 and 1997. The Winterhawks won in six games in 2001 and the Cougars prevailed in six in 1997. All four prior playoff encounters have ended in six games.

One of the main storylines is two players facing their former teams in this first-round matchup. In December, Prince George traded overage goaltender Taylor Gauthier to Portland, in exchange for 20-year-old blueliner Jonas Brøndberg. The Danish defender tallied six points (1G-5A) and played an important role on the Cougars’ blueline in 35 games. Gauthier had a 24-4-0-0 record in 28 games with the Winterhawks and four shutouts and signed an NHL contract with the Pittsburgh Penguins.