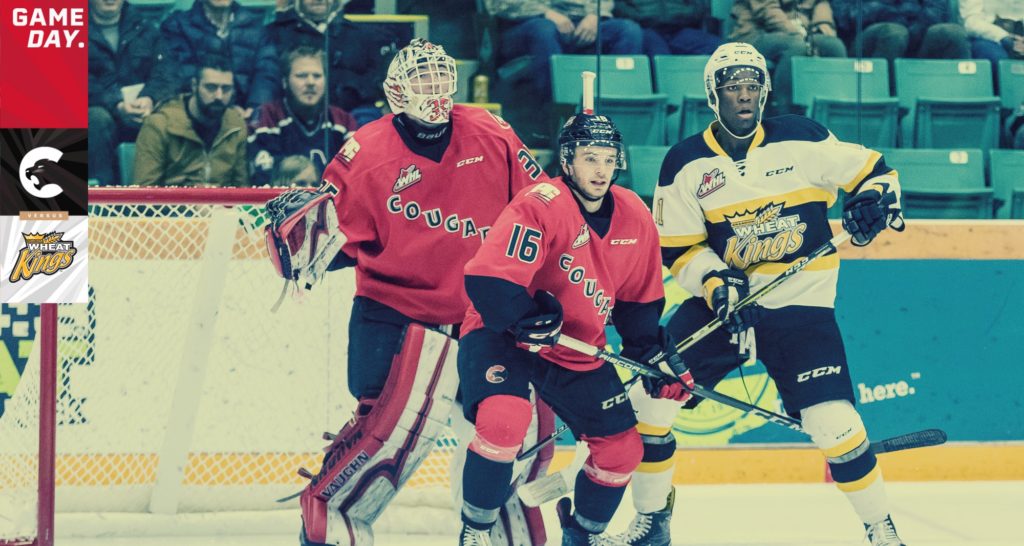 LAST GAME: The Prince George Cougars suffered their first regulation loss of their East Division road trip Tuesday, falling 5-1 to the Winnipeg ICE at Wayne Fleming Arena. Majid Kaddoura scored his first goal as a Cougar to open the scoring, but the ICE score five unanswered goals en route to their second-straight win. Winnipeg native Tyler Brennan was tagged with the loss in goal, yielding five goals on 34 shots. The power-play went 0-4 and the penalty-kill was 2-3. The Cougars are 1-2-1-1 in their last five games and 1-4-1-1 against the Eastern Conference.

TONIGHT: Tonight, is the Cougars 42nd game of the season and their record is 11-23-3-4, sitting fifth in the B.C. Division. They’re eight points out of a wildcard playoff spot in the Western Conference. This is their first and only game against the Brandon Wheat Kings in the regular season. These two teams lat met October 30th, 2018 in Prince George where the Wheat Kings edged the Cougars 5-4. Tonight, is the Cougars’ first trip to Brandon Since February 2nd, 2018. Prince George hasn’t lost back-to-back games in regulation since December 7th & 8th in Portland; they’re 5-3-2-2 since.

SEASON SERIES: Tonight, is the first and only meeting between these two teams in the WHL regular season. The Cougars went 2-3-1-0 against the East Division last season. A season ago, the Cougars fell 5-4 to the Wheat Kings on October 30th, 2018 at the CN Centre in Prince George. Cole Moberg, Josh Maser, and Vladislav Mikhalchuk scored in the loss. Luka Burzan, Connor Gutenberg, and Braden Schneider lit the lamp for Brandon. In the Cougars last visit to Westoba Place, Ilijah Colina scored twice in their 3-2 win on February 2nd, 2018. On their last East Division road trip during the 2017-2018 season, Prince George went 1-4-0-1 in the six games.

FAMILIAR FACES, NEW PLACES: Former Wheat King Jonny Hooker is playing his old team after being acquired by the Cougars on the eve of the WHL Trade Deadline. Hooker, who was born in Brandon but raised in Winnipeg, has scored twice in his first three games with Prince George. Former Cougar Reid Perepeluk will face his former squad tonight, as he moved the other way in the Hooker trade. Both you can bet are excited to face their former teams.

LINE UP: Taylor Gauthier is back in net for the Cougars. Gauthier has posted a .939 save percentage over his last three starts (1-0-1-1). Forward Ethan Browne will miss his second consecutive game with an upper-body injury. Forward Brendan Boyle will also miss tonight’s game. Defenceman Marco Creta (illness) is a game-time decision.

Brandon is short-handed too, missing defenceman Braden Schneider and Ridly Greig who are attending the CHL Top Prospects Game in Hamilton, Ontario. Forward Cole Reinhardt is a game-time decision, as he’s listed day-to-day with an upper-body injury.

STREAKS: Jack Sander had his six-game point streak come to an end Tuesday. He had seven points (1-6-7) over those six games. Filip Koffer has five points (2-3-5) in his last five games; he had an assist in Tuesday’s loss to Winnipeg. Tyson Upper has assists in back-to-back games. 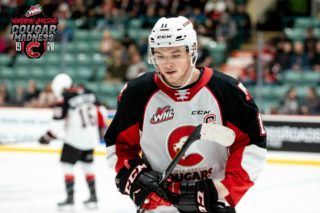 0:20
Cougars Madness Plays of the Year Challenge: Maser Moves on to Round Two
12 hours ago 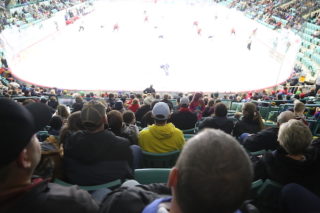 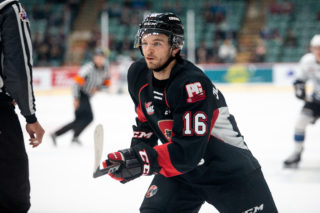 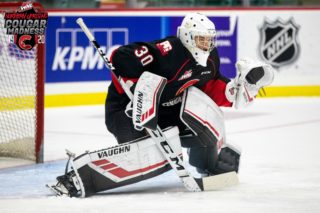 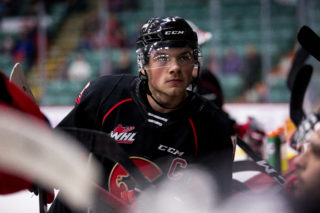