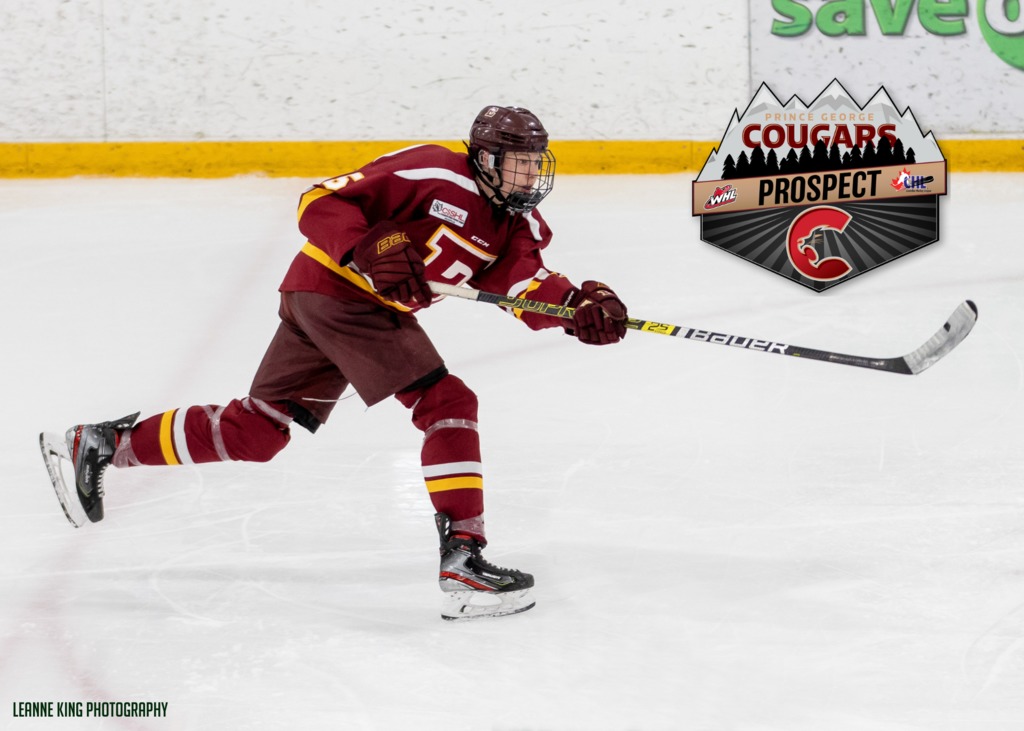 The wait was worth it.

Earlier this week the Cougars announced the signing of defensive prospect Jaren Brinson. It was May 2019 when the Cougars took Brinson in the second-round, 36th overall, in the 2019 WHL Bantam Draft. Fast-forward 13 months and Brinson has put pen to paper, signing his WHL Standard Player Agreement.

“It’s super exciting, I’ve heard great things about the organization from Mark (Lamb) and Bob (Simmonds) and what the future is going to look like. We’ve had two great drafts and we’re moving in the right direction,” said Brinson.

Brinson says he wanted to take time before signing on the dotted line, “My family and I weren’t in a rush as I couldn’t play until I was 16 anyhow. We took the time to really get to know the organization, see what the outlook was and we felt like it was the perfect time now.”

The 16-year-old defenceman will be a key piece on the blueline in the coming years. The Airdrie, AB product had a breakout season playing for the Edge School in the Canadian Sport School Hockey League. As a 15-year-old, he was the second highest scoring defenceman at the Midget Prep level after amassing 34 points (8G-26A) in 32 games. No other 15-year-old defencemen had more points than him.

How far has Brinson come since being drafted in 2019? Cougars’ Director of Scouting, Bob Simmonds believes if you do a redraft, Brinson would have been a first-round selection.

Brinson credits his 2019-20 season to the work he put in off the ice, “I think I had a really good summer going into my first year of Midget. I had the goal to put up points and be an offensive guy, so I worked on a lot of different things around that.”

What was he working on exactly? Getting pucks.

“I worked on puck retrieval a lot over last summer. Just going back for pucks in my own zone and finding quick outlet passes. I also worked on my play at the offensive blue line. Trying to be more deceptive with changing my angles, like faking going to the middle and walking down the wall to make a play.”

Brinson says another key to his game is his preparation. He says he re-watches his games to find ways to improve, “I believe I have a high-end hockey IQ and I love to study. I watch all my games, breaking down my shifts, seeing what I could do better in any situation.”

Two players he likes to watch are John Carlson of the Washington Capitals and Brent Burns of the San Jose Sharks, “Burns is super deceptive at the blue line and is deadly on the power play; Carlson too. He’ll look one way then pass it the opposite direction and it will be a perfect set up for (Alex) Ovechkin’s one-timer. Both are fun to watch.”

No surprise then he likes to call himself a two-way defenceman, “I like to take care of the d-zone first, but I like to be creative and create offense. I love to score too.”

The blueliner says he’s keeping busy during the extended off season in Airdrie with daily off-ice workouts, “Right now I am working on a lot of leg stuff like balance and getting my lower body stronger,” said Brinson. “When we’re cleared to go back on the ice, I want to work on changing my shot angle and creating offense from the blue line.”

When speaking with Brinson on the phone, it’s quite clear he’s eager for the next step in his hockey career to begin.

“I can’t wait to get there (Prince George) and see what it’s like with the organization and the community. We’re really excited.” 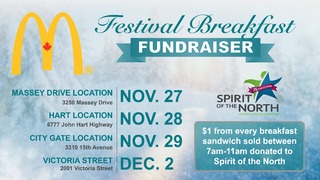 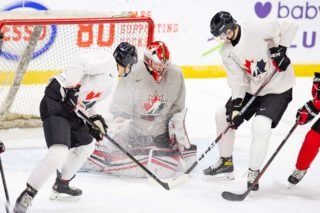