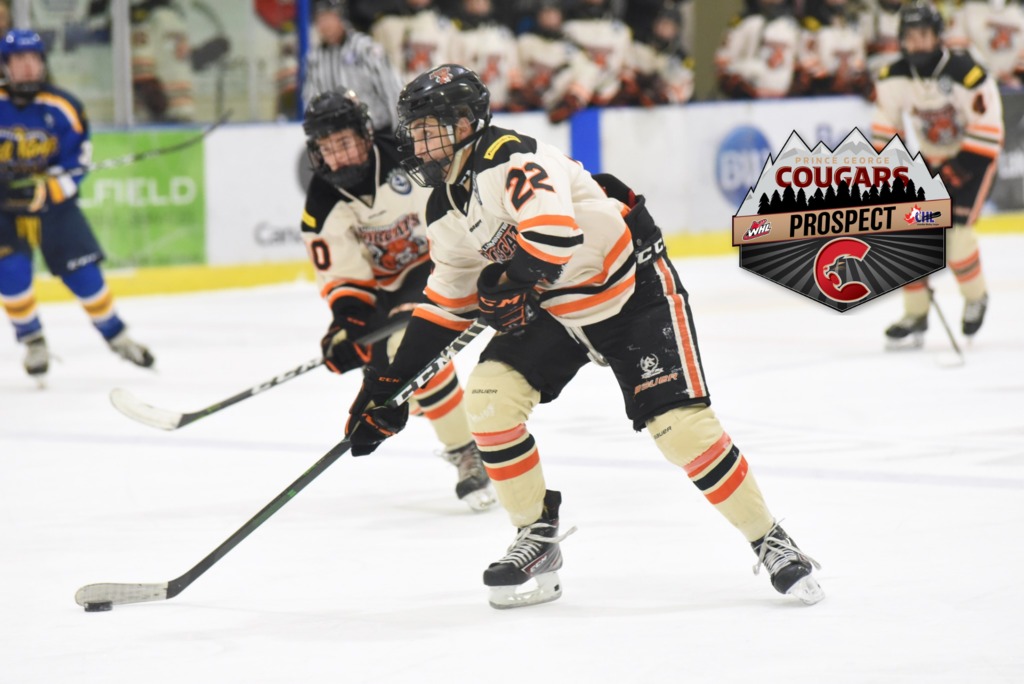 The Cougars scouting staff may have felt like Bonnie and Clyde on draft day when they chose Ryker Singer with the 22nd overall pick in the 2020 WHL Bantam Draft.

Cougars’ Director of Scouting, Bob Simmonds called Singer their “steal of the draft,” when they chose him with their third of three first-round picks. Taking Singer, after drafting Riley Heidt (second overall) and Caden Brown (17th overall), was the perfect way for the Cougars to cap off the first round according to Simmonds.

“We were absolutely thrilled to have Ryker available to us with the twenty-second pick. He’s an elite scorer in his age group. His shot and release are exceptional, he’s hard to play against, and he plays the game the right way,” stated Simmonds after the draft.

Singer played for his hometown Lloydminster Bobcats in the Alberta Major Bantam Hockey League (AMBHL) this past season. He said being drafted by the Cougars was a dream come true.

“I’ve dreamt about playing in the WHL since I was a little kid and to go in the first round and to a great organization like Prince George made it even more special.”

Singer was the centerpiece of his team, as he was their captain and led the Bobcats with 51 points (30G-21A) in 32 games. His garnered league-wide praise, as he won both the AMBHL Top Forward and Most Valuable Player awards. Past winners of those awards include Peyton Krebs, Kirby Dach, and Nick Merkley. Elite company. Signer was quick to heap praise on those around him when talking about his breakout season.

“I put in a lot of hard-work going into the season; spent a lot of time in the gym training. I couldn’t have had that success without the tremendous support of my great coaches and teammates along the way. I owe them a lot.”

Also, a big component to his standout season was, in his words, two of his biggest strengths, “I pride myself on my shot and speed. I worked at those two things over the course of the season and my coaches really helped me all season long with the skilled side of my game.”

Singer was clear in his phone interview that he doesn’t want to be known as a one-dimensional player, “I would say I’m an offensive guy, but I like to be physical. I’m not afraid to go into the corners and the hard areas to get the puck. I like to think of myself as a physical, two-way forward that still can be an offensive threat.”

Well known scouting publication “DraftGeek” wrote about Singer’s strong two-way game, noting his strong puck support and his “defence to offence transitional game is one of his biggest assets.”

Described as a “throwback,” his hard-nosed style of play was evident in his stats. He racked up 128 penalty minutes in just 32 games in the regular season, and another 41 in just seven playoff games.

When asked which players he looks up to, he pointed out two of the best in their respective leagues, “I would say Nathan MacKinnon in the NHL and maybe Dylan Cozens in the WHL,” said Singer. “MacKinnon is so quick and he’s so good at protecting the puck. He’s got a great release too. Cozens is that type of player too, he can really use his size to be effective but he’s such a good defensive player at the same time. I want to be like that.”

Singer is looking to get bigger and stronger over the prolonged off-season and will be at Cougars’ Training Camp later this summer to get his first taste of Northern B.C. The signed prospect plans on playing for the Bobcats in the Alberta Midget Hockey League in the fall. 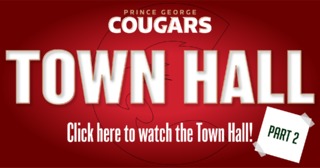