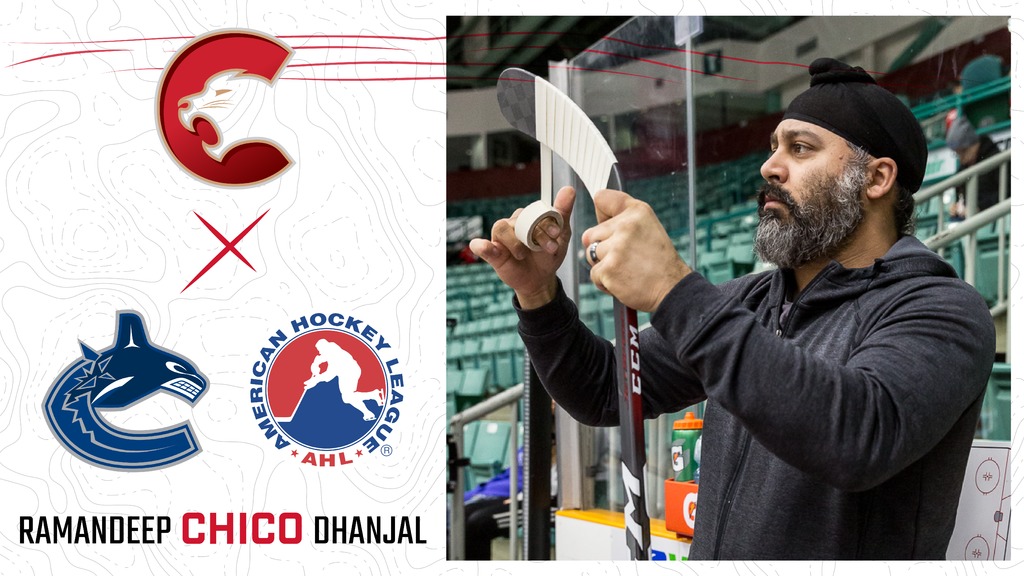 The Prince George Cougars are proud to announce Equipment Manager Ramandeep “Chico” Dhanjal has accepted a position with the Abbotsford Canucks, the American Hockey League affiliate of the Vancouver Canucks.

Dhanjal has spent the past 13 seasons with Cougars and has been one of the longest-serving members of the Northern B.C. franchise. Dhanjal started with the Cougars during the 2008-2009 season and has been on the bench for nearly 900 career regular season games in the Western Hockey League (WHL). Chico has also twice represented the Cougars as an Equipment Manager on Team WHL for the Canada Russia Series.

“We’re excited for Chico and his family for this opportunity to move up to the professional ranks,” said Cougars’ General Manager & Head Coach Mark Lamb. “He was so passionate about the Cougars and was a tireless worker. He loved his job. No one deserves this more than him.”

Chico began his career in hockey with the Humboldt Broncos in the Saskatchewan Junior Hockey League. His three-year stint with the Broncos culminated with a national junior ‘A’ championship in 2008. He has also worked extensively with Hockey Canada, as he held the position of Equipment Manager for the women’s Under-18 and Under-22 national teams and the men’s Under-17 team.

“Firstly, I want to thank my wife and family for their support throughout my time with the Cougars. I also want to thank the Cougars’ ownership group who have treated me so well during my time in the Western Hockey League,” said Chico Dhanjal. “I also have to thank Rick Brodsky and Dallas Thompson for taking a chance on me 13 years ago and bringing me to Prince George. I have worked with an amazing group of people during my time with the Cougars and my family and I loved living in Prince George. It’s such a diverse and welcoming community. We will miss it.”

The Saskatoon, Saskatchewan product graduated from the University of Saskatchewan and holds degrees in Kinesiology and Psychology.

The Cougars organization would like to thank Chico for his dedication and service to the team and the community of Prince George. We wish he and his family all the best with the Abbotsford Canucks.