RECAP | Broncos Run Away with Win at CN Centre Tuesday 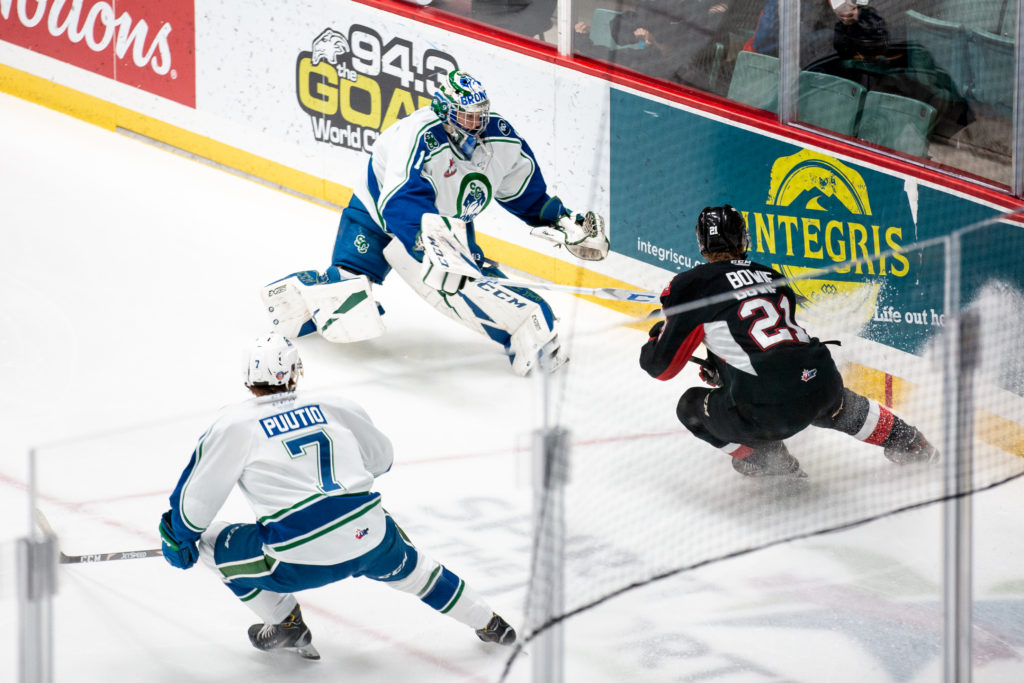 The Broncos broke a scoreless tie late in the first to lead 1-0 through 20-minutes, then erupted for four goals in a five-minute span in the second period to blow the game wide open. Swift Current added two more in the third period, as they snapped a seven-game winless streak

Reid Perepeluk and Filip Koffer scored in the third period to break up the Broncos shutout bid. Taylor Gauthier started in net but was replaced by Tyler Brennan early in the second after surrendering three goals on 10 shots. Brennan allowed four on 16 shots in relief. Isaac Poulter picked up the win for the Broncos, kicking out 31 of 33 shots.

Two Finns led the way offensively for the Broncos. Forward Joona Kiviniemi had a hat-trick and finished with a game-high four points; he was named the first star. Countryman Kasper Puutio had three assists and was the second star.

Game Notes: Tuesday was the Broncos first win on the road against a B.C. Division opponent since October 17th, 2016 when the beat the Cougars 5-4 in overtime. They had lost their previous 11 road games within the B.C. Division prior to tonight.

Next Up: The Cougars (3-7-0-1) wrap up their four-game home stand against the Kelowna Rockets (6-4-1-0) tomorrow at the CN Centre; the puck drops at 7:00 pm. Tickets start at just $13 and there is great senior and youth pricing as well. Fans can get their tickets at the TicketsNorth by Treasure Cove Casino box office or online, at www.ticketsnorth.ca