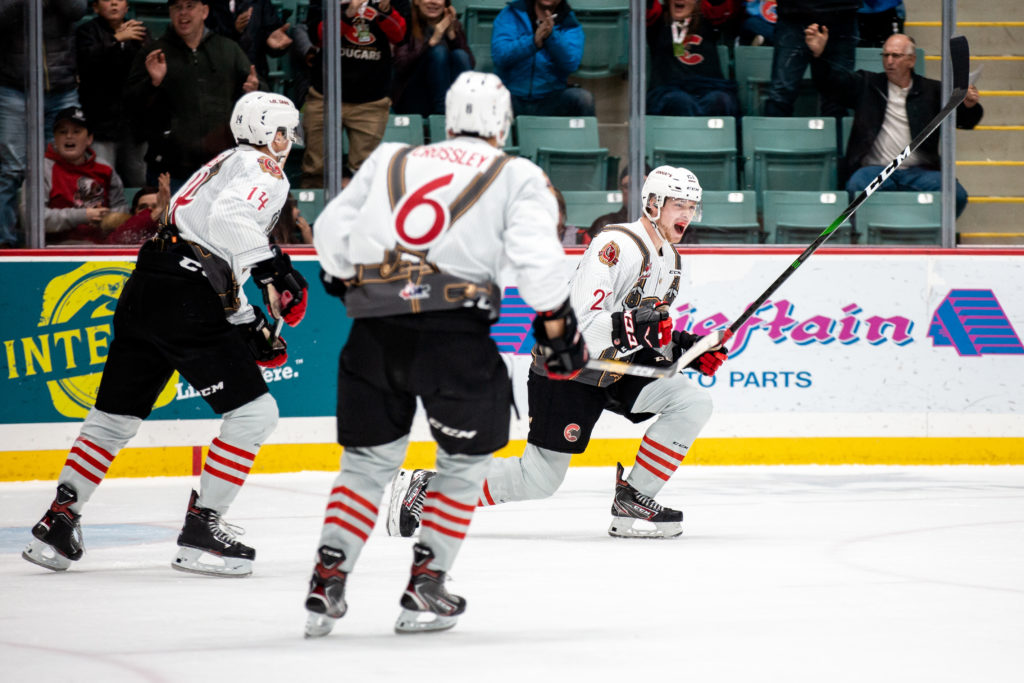 The Prince George Cougars were unable to pick up the weekend sweep, as the Spokane Chiefs skated away with a 5-2 win at the CN Centre on Saturday night.

The Chiefs broke a 2-2 tie late in the third period, as Michael King scored on the power-play with 3:04 left in regulation. Spokane then added two late goals in the final moments to earn their first win against the Cougars this season.

Campbell Arnold earned his first win against Prince George this season, stopping 17 of 19 shots. Down at the other end of the rink, Taylor Gauthier was much busier, as he faced 37 shots and finished with 33 saves. Gauthier was sensational in the first period, stopping all 20 shots he faced, and he had 26 saves through two periods.

Trailing 1-0 in the second period, the Chiefs pushed and scored twice in under six-minutes to take a 2-1 lead into the intermission. Adam Beckman tied the game near the eight-minute mark, then it was Bear Hughes giving the Chiefs their first lead against the Cougars this season midway through the frame.

Boyle’s wait is finally over. He recorded his first WHL goal, as he was the last to touch the puck before it crossed the goal line during a scramble in the crease in the third period. His goal was originally credited to Connor Bowie but changed after the game upon view review.

The Chiefs tacked on two late goals after the game-winner. First, Erik Atchison scored into what was an empty-net. Taylor Gauthier had to turn back from leaving for the extra skater but couldn’t recover before Atchison scored from the neutral zone into an open six by four. Ty Smith put the finishing touches on the game with an empty-net goal with 17-seconds left.

Game Notes: Saturday was the Cougars’ Oktoberfest night. Team wore custom lederhosen-themed jerseys. Those game-worn jerseys are up for auction on the Cougars’ website. It also was a Mega 50/50 Jackpot night in support of the Prince George Community Foundation. The winning 50/50 ticket took home over $17,000.

Next Up: The Cougars (3-6-0-1) home stand continues Tuesday when they face the Swift Current Broncos (2-6-1-2) at the CN Centre; the puck drops at 7:00 pm. Single game tickets start at just $13 and there’s senior and youth pricing as well. Tickets are available at the TicketsNorth by Treasure Cove Casino box office, or online at www.ticketsnorth.ca