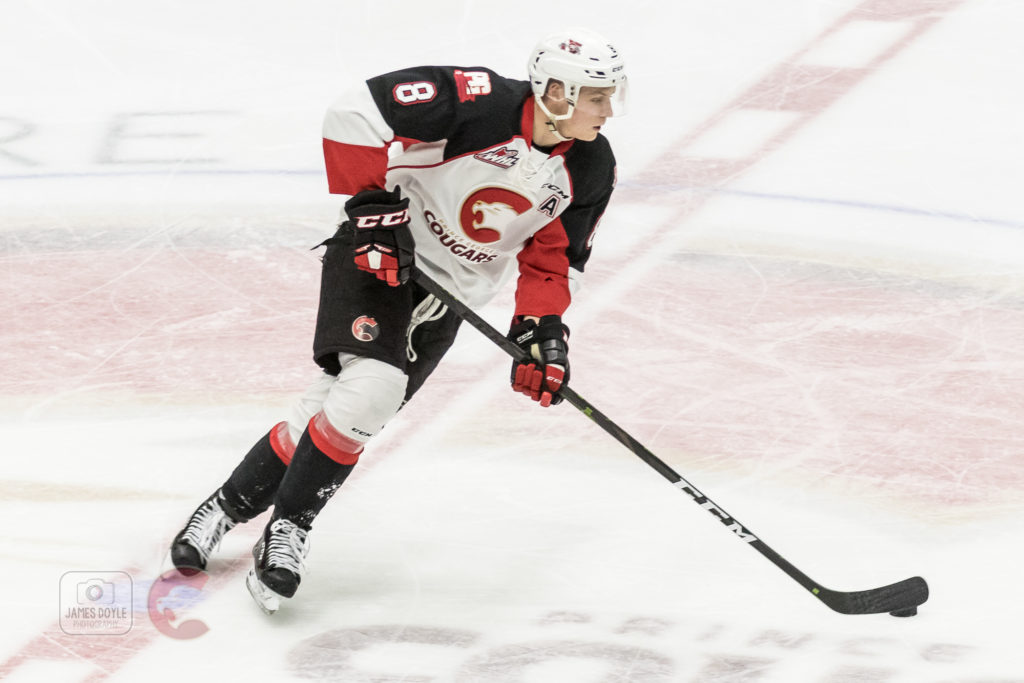 The Prince George Cougars fell to the Edmonton Oil Kings 2-1 in overtime at the Encana Events Centre in Dawson Creek, B.C. on Saturday afternoon.

Jake Neighbours scored a power-play goal 36-seconds into overtime for the Oil Kings to break a 1-1 deadlock through 60-minutes. Riley Sawchuk also scored on the power-play for Edmonton in the first period. The Oil Kings scored six power-play goals in two games against Prince George over the weekend.

Dylan Myskiw and Sebastian Cossa split time in the Oil Kings’ crease. Myskew stopped 28 of 29 shots through 40-minutes. Cosaa turned aside 12 shots in just over 20-minutes of work.

Jackson Leppard scored the Cougars’ only goal, on a penalty-shot no less, in the dying moments of the second period. With just eight-seconds left on the clock, Leppard slowly moved in and outwaited the Edmonton netminder long enough to sneak the puck through his legs.

Taylor Gauthier made his first and only start of pre-season and went the distance, stopping 37 of 39 shots. Gauthier made several quality saves but none better Saturday afternoon was his glove save on the Oil King’s Vladimir Alistrov in the first period.

The Cougars finished the pre-season with an 0-4-1-0 record and now prepare for the start of the 2019-2020 Western Hockey League regular season. The Cougars’ home opener is slated for Friday, September 20that 7:00 pm against the Vancouver Giants. Tickets are on sale at the TicketsNorth by Treasure Cove Casino box office, or online at www.ticketsnorth.ca