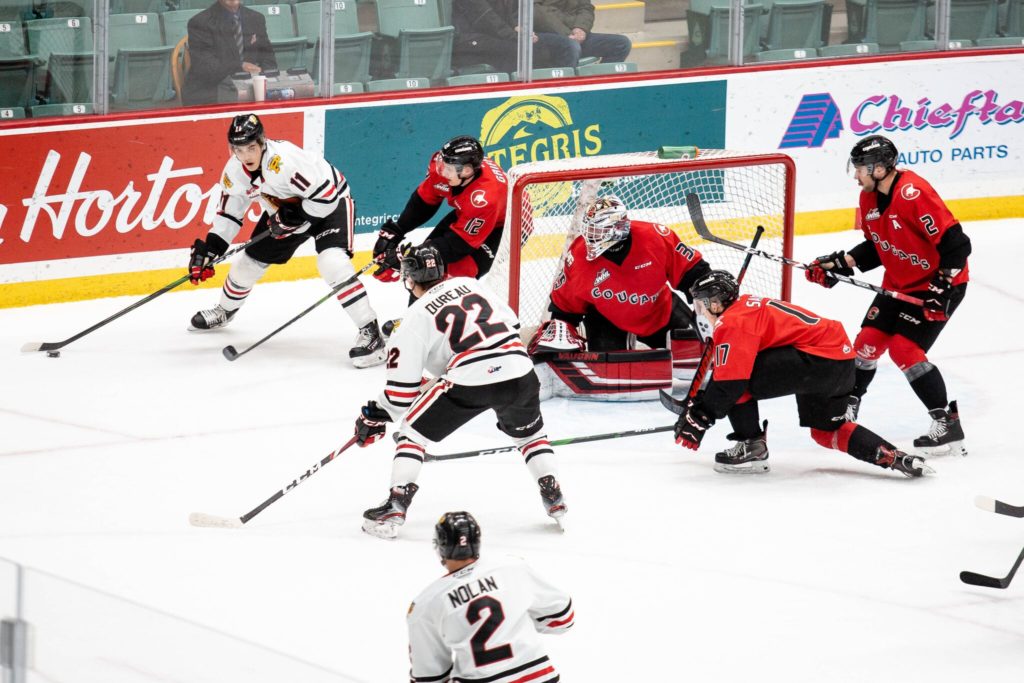 It was last goal wins on Wednesday night, as the Portland Winterhawks outlasted the Prince George Cougars 5-4 in overtime at the CN Centre.

It was a back-and-forth game, highlighted by drastic swings in momentum as the two teams produced a memorable finish. The Cougars led 1-0 after the first period, 2-1 through 40-minutes and 3-1 in the third period.

Maser opened the scoring on the power-play in the first period. Krivokrasov then made it 2-0 midway through the second, as he scored his first as a Cougar.

After Portland pulled one back with the man-advantage in the middle frame, Colina scored against his former team early in the third period to make it 3-1. However, the momentum swung the other way.

Trailing 3-1 midway through the third, the Winterhawks needed just seven-minutes to turn a two-goal deficit into a one-goal lead. Seth Jarvis made it 3-2, then Johnny Ludvig and Reece Newkirk scored one minute and 24-seconds apart as Portland suddenly led 4-3.

The fireworks weren’t finished. With 56-seconds left in regulation and the Cougars’ net empty for the extra skater, Prince George tied it as Mikhalchuk pounced on a rebound that came off the goalie’s pad.

The euphoria didn’t last long as Clay Hanus was the hero in overtime for Portland as he scored two and half minutes into the extra frame. The goal coming on the only registered shot on net.

Prince George came out on the wrong end of the special teams battle. The Cougars surrendered three power-play goals. The Cougars were one-for-five on the man-advantage.

Game Notes: Mikhalchuk had his first two-point game (1-1-2) of the season. Tyson Upper also had two helpers. Ludvig and Fromm-Delore each had three points for Portland. Wednesday marked the first time this season the Cougars lost when leading after 40-minutes (4-1-0-0). It was the Winterhawks first win when trailing after two periods (1-4-1-0).

Next Up: The Cougars (6-18-0-2) and Winterhawks (18-6-1-2) now prepare to face one another again in a doubleheader, as the scene shifts to Portland for two games at Veterans Memorial Coliseum. The two teams meet again Saturday at 6:00pm and Sunday at 5:00 pm. Fans can watch the game at Brown’s Socialhouse in Prince George, the official viewing party of Cougars’ away games, or they can to listen to 94.3 The GOAT. 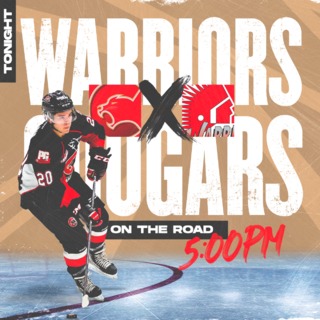 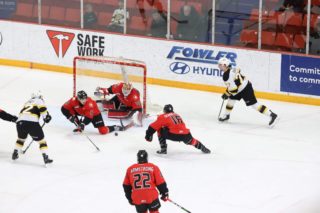