RECAP | Rockets power-play too much for Cougars Friday 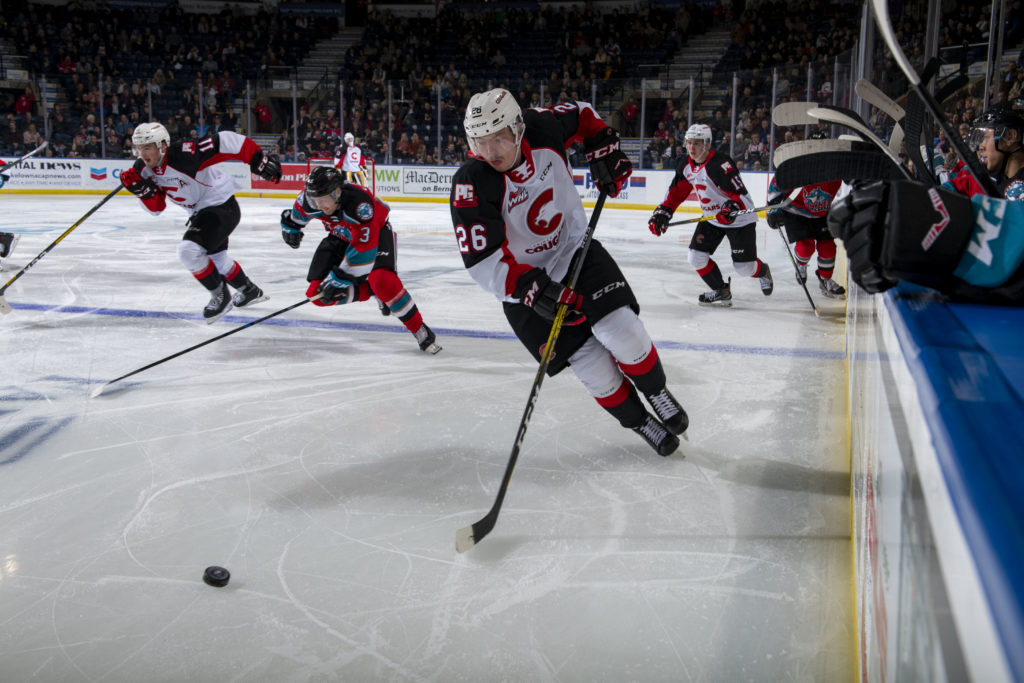 The Prince George Cougars dropped a 6-2 decision to the Kelowna Rockets on Friday night at Prospera Place in Kelowna.

The Rockets’ special teams were a big factor in the win, as Kelowna scored three power-play goals on four power-plays and kept the Cougars’ off the scoresheet on five opportunities. Prince George had the game’s first four power-plays but could not capitalize.

Kelowna’s Pavel Novak recorded his first career hat-trick and he and Rockets’ captain Nolan Foote each had four-point games. Foote had a goal to go along with three assists. Alex Swetlikoff and Leif Mattson also scored for the home team. Roman Basran stopped 28 of 30 shots in the Rockets’ crease.

17-year-old Jacob Herman made his Cougars debut. The Saskatchewan Midget Hockey League call up stopped 27 of 33 shots in his first career start in the WHL. The Swift Current, SK product was recalled after an injury to Taylor Gauthier and international duty for Tyler Brennan.

The Rockets’ opened the scoring eight-minutes into the first period after the Cougars failed to convert on back-to-back power-plays, as Novak scored his first of three. Then, in the middle stanza, Novak scored two more goals, both on the power-play, to put the home team up 3-0.

Game Notes: With Friday’s result the Cougars record slipped to 2-6-0-1 against the B.C. Division, and they’re 1-3-0-0 against the Rockets. Goaltender Taylor Gauthier was not in the lineup due to a lower-body injury.

Next Up: The Cougars (4-10-0-1) wrap up their two-game weekend road trip tomorrow against the Spokane Chiefs (6-6-1-0). It’s the fourth and final meeting between the two teams in the regular season. So far, Prince George has won two of the first three match ups; the puck drops at 7:05 pm. Fans can watch the game at Brown’s Socialhouse, or they can listen to 94-3 the GOAT.