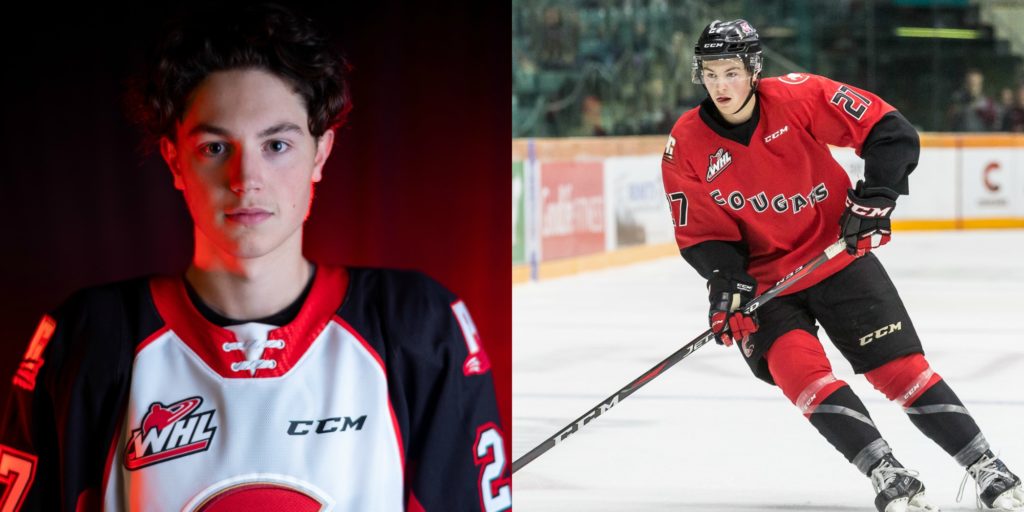 NHL Central Scouting released their October “Players to Watch” list for the 2020 NHL Draft on Monday, and the Cougars’ Rhett Rhinehart is among 44 players from the Western Hockey League (WHL) to be included.

Rhinehart was given a ‘C’ rating, which indicates a potential fourth, fifth, or sixth-round selection in the 2020 NHL Draft. The Lloydminster, AB product is in his third season with the Cougars and he’s off to a good start as he is tied for second in team scoring with four points (0-4-4) in six games. To date, the 17 year-old defenceman has collected 33 points (8g, 25a) in 136 career regular season games in the WHL between Prince George and Prince Albert.

Rhinehart was originally drafted by the Raiders in the first-round, 13th overall, in the 2016 WHL Bantam Draft. He was acquired by the Cougars from the Raiders in a trade involving Austin Crossley and former Cougar Kody McDonald in January 2018.