Samson & Brennan in Moncton to Kick Off World Junior Camp 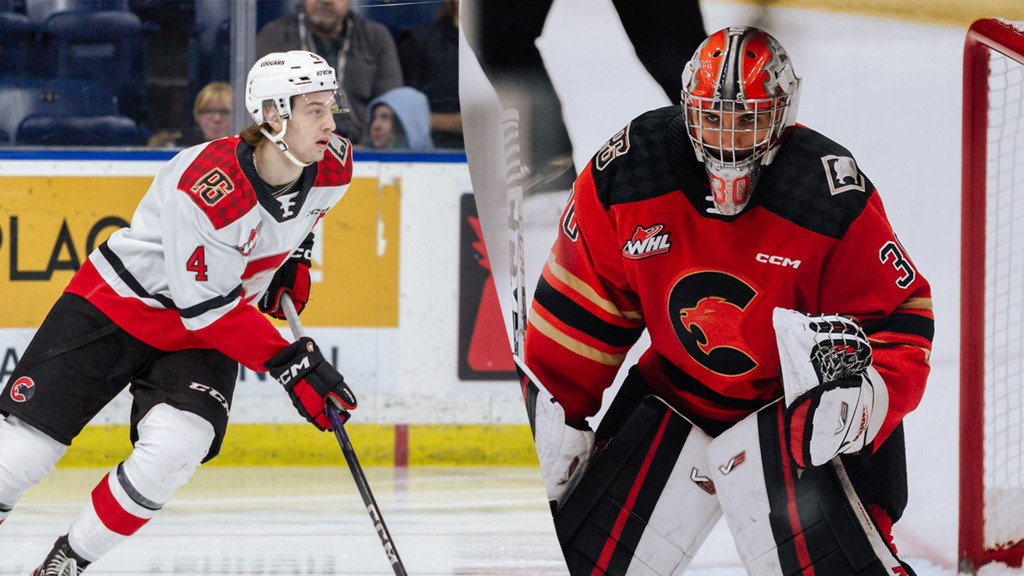 Cougars goaltender Tyler Brennan and captain Ethan Samson are in Moncton for the Canadian National Junior selection camp which kicks off today. Earlier this week, Brennan and Samson earned their invites and they are excited to get started.

“It is a surreal feeling. It is something you dream about for your whole life. I grew up watching that tournament and I was super excited to get that call and to see my name on that list and overall, it was just an incredible feeling,” said Brennan.

The Cougars goaltender is no stranger to playing for Team Canada. The 19-year-old from Winnipeg has been a part of both the U17 and U18 teams prior to the World Junior camp. Brennan also participated in the World Junior Summer selection camp back in July in Calgary.

For Samson, it is his first opportunity at a chance to represent the maple leaf. Samson also received an invite to play at the World Junior Summer selection camp this past summer. The Cougar captain joins Brennan as the first Cougars duo to have a chance to play on the same Canadian World Junior team since Tyler Bouck and Blair Betts in 1998-99.

“It’s super awesome that we get to go to this together. Hopefully, we go in there and we can both stick and have a great time there,” said Samson.

The Cougars wish Brennan and Samson the best of luck at the World Junior selection camp!