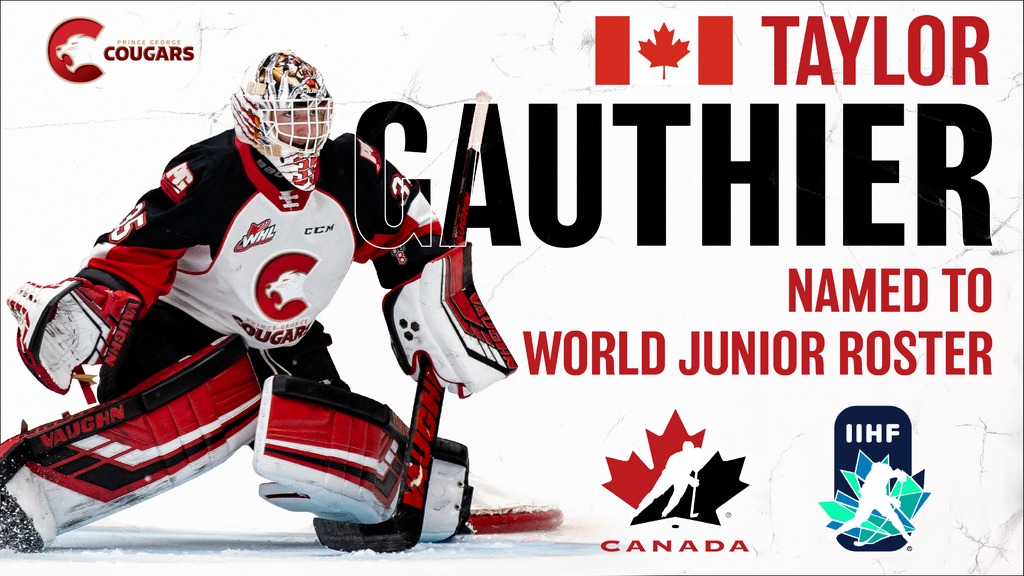 The Prince George Cougars are proud to announce goaltender Taylor Gauthier (’01) has been named to Hockey Canada’s roster for the 2021 IIHF World Junior Hockey Championship. The tournament will run December 25th– January 5th in Edmonton, AB.

“We are very proud of Taylor and this recognition is well deserved,” said Cougars’ General Manager & Head Coach Mark Lamb. “This is a prestigious tournament with a rich history and him being one of Canada’s goaltenders is a reflection of his growth, as a player and person, in the last couple of seasons.”

The 2021 IIHF World Junior Championship begins on Christmas Day with three games before Canada kicks off its tournament schedule on Boxing Day against Germany at 3 pm PT. TSN will broadcast all 28 tournament games and the 10 pre-tournament games, that begins on December 20th.