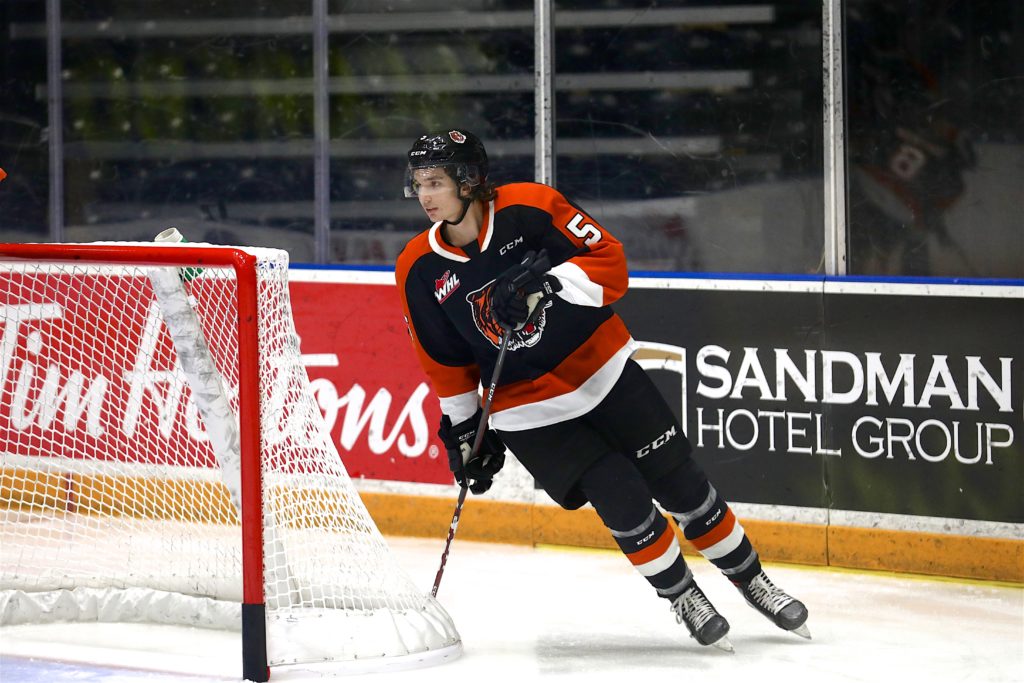 The Prince George Cougars have acquired 2003-born defenceman Aidan Brook from the Medicine Hat Tigers, in exchange for a sixth-round selection in the 2021 WHL Prospects Draft, the team announced Friday.

“Our scouting staff have watched him for quite some time and identified him as a good fit for our blue line,” said Cougars’ General Manager & Head Coach Mark Lamb. “He’s a right-hand shot defenceman that we feel can come in and make an impact now and has a lot of potential going forward.”

Brook, 18, has played in seven games with the Tigers this season picking up one assist to go along with eight penalty minutes. The Roblin, MB product had one assist in 17 games as a rookie during the 2020-21 WHL Regular Season. Brook was originally selected by the Seattle Thunderbirds in the fourth round, 76th overall, in the 2018 WHL Prospects Draft.

Brook has family ties to the WHL, as he is the younger brother of Josh and Jakob Brook. Josh played for the Moose Jaw Warriors and is a prospect of the Montreal Canadiens. Jakob currently plays for the Regina Pats.