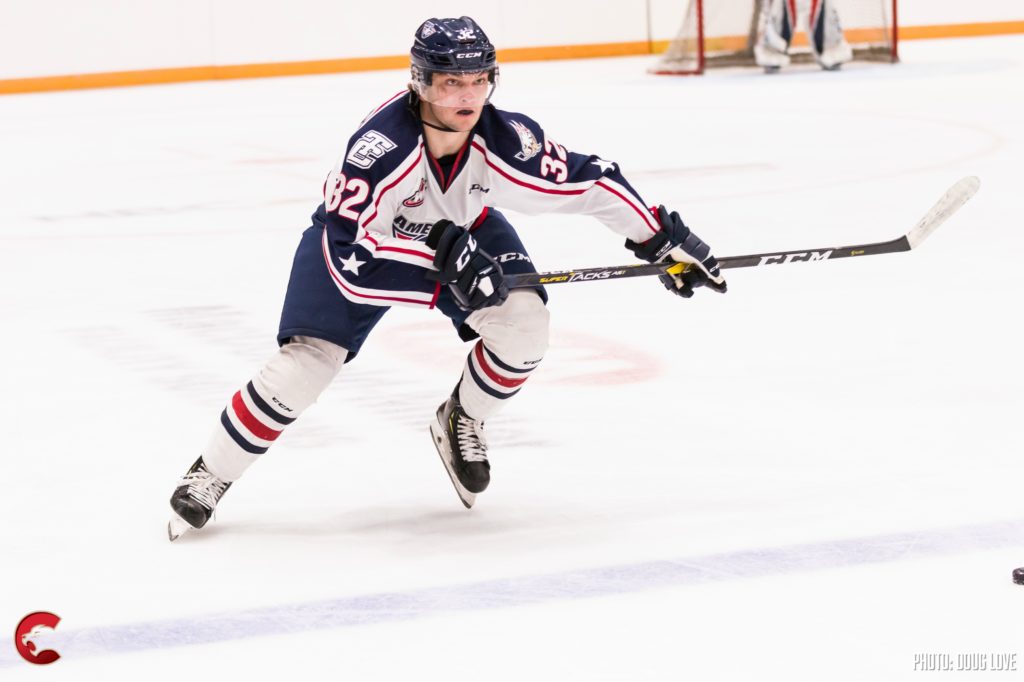 The Prince George Cougars Hockey Club have acquired forward Nikita Krivokrasov (’00) from the Tri-City Americans in exchange for an conditional eighth-round selection in the 2020 WHL Bantam Draft, the team announced today.

Krivokrasov, who is a late 2000-born forward, played in 11 games this season with the Americans collecting two goals and four points. Last year, the Westminster, CO product split the season between the Omaha Lancers in the United States Hockey League (USHL) and the Corpus Christi IceRays in the North American Hockey League (NAHL). Krivokrasov had one goal in 10 games in the USHL and seven goals and 13 points in 32 games with the IceRays in the NAHL.

The 18-year-old originally signed with the Prince Albert Raiders in September 2016. He played for the Raiders in the 2017-18 season, where he had three goals in 34 regular season games. Krivokrasov is listed at 5’10 and 200 lbs.

Nikita has hockey bloodlines in his family as he is the son of former NHL player Sergei Krivokrasov. Sergei played in 450 career regular season games in the NHL split between Chicago, Nashville, Calgary, Minnesota, and Anaheim.