Wedding Bells will be ringing on Vegas Night 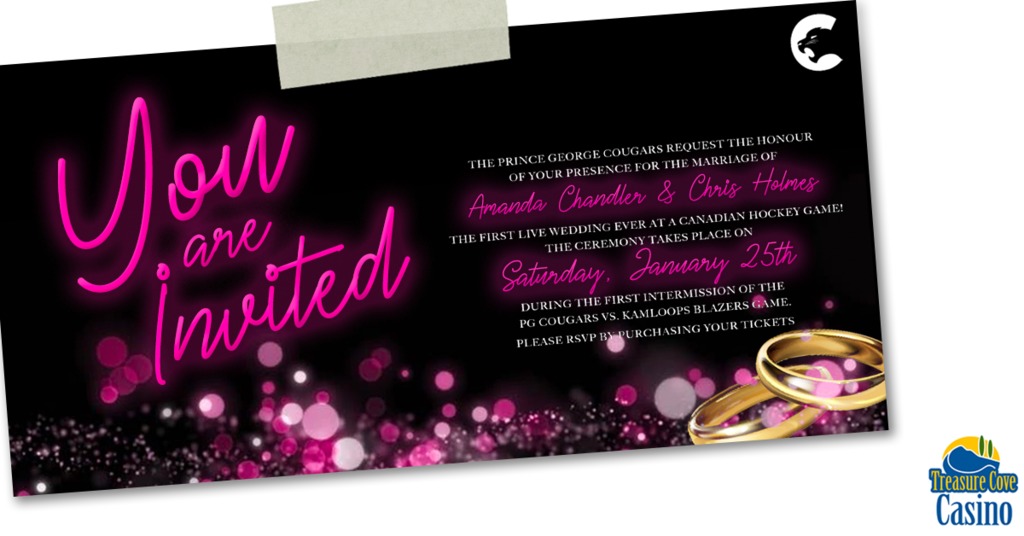 The Prince George Cougars Hockey Club, in partnership with the Treasure Cove Casino, are excited to announce details for their Vegas Night on January 25, 2020.

When the Cougars face the Kamloops Blazers in January the game will feature the first wedding ceremony at a hockey game in the Canadian Hockey League. Treasure Cove Casino Marketing Manager Amanda Chandler and her fiancé Chris Holmes will tie the knot at centre ice in the first intermission. The bouquet toss and garter toss into the crowd will take place in the second intermission.

“We are always pushing for outrageous ideas to keep games entertaining for our fans, but we never expected to host a real wedding ceremony!” commented Cougars’ Vice President, Business Andy Beesley. “The Cougars are looking forward to giving Amanda and Chris, as well as everyone in attendance, a memorable night that they won’t soon forget.”

Tickets for Treasure Cove Casino’s Vegas Night are start at just $13 and are available at www.ticketsnorth.ca

“My fiancé and I never envisioned having wedding like this but that all changed when Andy I started working on the casino’s annual Vegas Night. What’s more Vegas than a white chapel, Elvis wedding?” said Amanda Chandler, Marketing Manager for Treasure Cove Casino. “So here we find ourselves less than two months away from saying “I do,” on the ice at the Treasure Cove Casino Vegas Night. We invite the entire city to come out and participate in a historic event!”

Elvis will be in the building. Popular Elvis impersonator Steve Elliott will be performing throughout the game. Season Members will get an exclusive pre-game Elvis concert in the atrium from 6:00 – 6:45 pm. Marilyn Monroe impersonator Kat Fullerton will sing the national anthem prior to puck drop.

That’s not all, as Treasure Cove Casino is giving away a trip for two to Vegas! The package includes airfare, hotel, and spending money! Fans must buy a game ticket and be 19+ to be eligible for the contest.

Family Packs are on-sale. Get four tickets, four regular fountain pops, and a large family popcorn valued at $97 for just $60! Next chance to purchase a family pack is for our Teddy & Toque Toss on Saturday, December 14th against the Victoria Royals. Get your Family Pack at the TicketsNorth by Treasure Cove box office at the CN Centre, or go online to https://www.ticketsnorth.ca 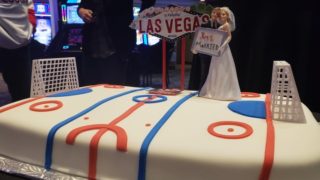