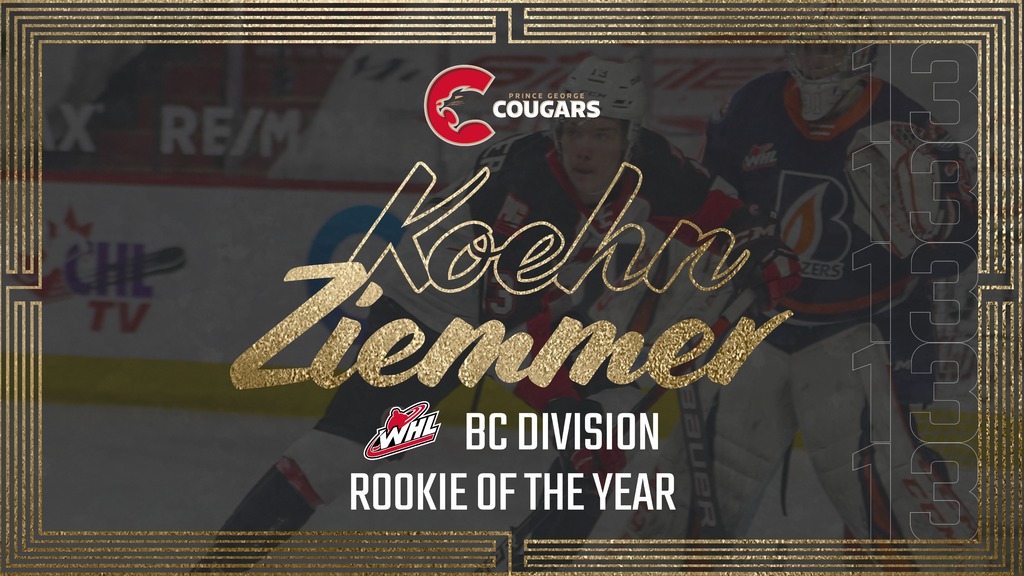 The Western Hockey League (WHL) announced today the B.C. Division individual award winners for the 2020-21 season, and the Prince George Cougars’ Koehn Ziemmer has been named the B.C. Division Rookie of the Year.

Ziemmer, 16, finished tied for third among WHL rookies with nine goals, adding two game-winners for the Cougars as he finished the 2020-21 season with a total of 12 points (9g, 3a) in 22 games. Ziemmer’s nine goals was a team best. The 5’10”, 209 lbs. forward’s season was highlighted by a three-game goal-scoring streak where he lit the lamp five times. The product of Mayerthorpe, AB has scored 12 points (9g, 3a) in 24 career WHL regular season games. Ziemmer was drafted in the first round, fourth overall, in the 2019 WHL Prospects Draft.

WHL Division Awards are voted upon by General Managers and Head Coaches.

All individual WHL Division Award winners will be eligible for the overall WHL Awards, to be announced the week of June 7, 2021.