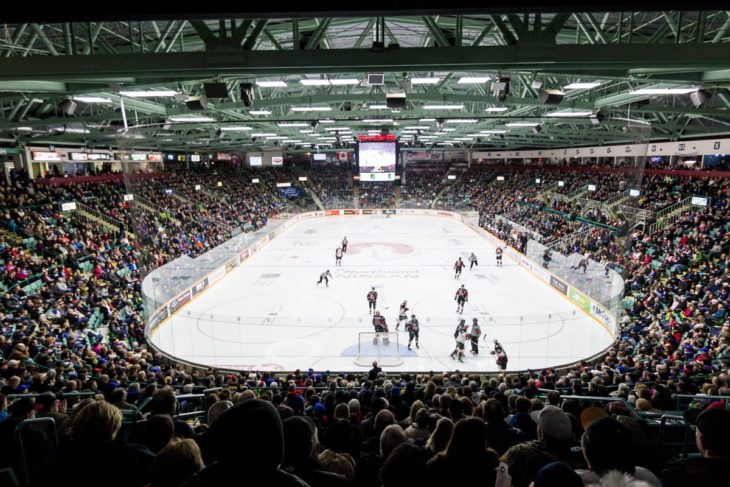 The Prince George Cougars have been a proud member of the Western Hockey League since 1994. The Cougars play out of the CN Centre, a 5,971-seat multipurpose arena that opened in 1995. All Cougars’ games are broadcast on 94.3 The GOAT in Prince George and an audio stream is available on their website. All WHL games are available on WHL Live, the league’s pay-per-view video streaming service.

High school aged Cougar players attend Prince George Secondary School, and players who have graduated are encouraged and supported to take postsecondary classes through our two postsecondary institutions (University of Northern British Columbia and College of New Caledonia) or through online schooling. All schooling expenses are covered by the team. Cougar players are billeted with host families who are interviewed and approved by the team.

About the Western Hockey League

The Western Hockey League started with just seven teams based in the provinces of Saskatchewan and Alberta in 1966. The WHL now has representation in all four Western Canadian provinces and the U.S. States of Oregon and Washington. The WHL now consists of 22 member Clubs with 17 based in Western Canada and 5 in the U.S. Pacific Northwest.

Since its inception, the WHL has been regarded as one of the finest player development Leagues in the world and continues to not only be a leading supplier of talent to the NHL, but to Canada’s National teams at all levels as well as U Sports (Canadian University) hockey.

The WHL offers top young prospects in Western Canada and the U.S. the opportunity to reach their full potential both on and off the ice, by providing an ideal environment to develop as a hockey player while not compromising their academic goals. All WHL Clubs graduate 100% of their players from high school and provide Education Advisors and support programs to assist players with their academics. The WHL Player Experience also includes comprehensive support programs such as Red Cross RespectEd, WHL Drug, Alcohol and Gambling Awareness, Drug Education and Anti-Doping, WHL Counselling Services, and CHL Concussion Management Program. In addition, the WHL Scholarship provides players graduating from the League with the opportunity to attend the post-secondary institution or career-enhancing program of their choice with one year’s tuition, books and compulsory fees for each season played in the WHL provided by WHL Club Ownership.