Brewer had a decorated international career as well, winning an Olympic gold medal at the 2002 Salt Lake City Winter Olympics with Team Canada. He also won a gold medal at 2004 World Cup of Hockey. and is  a three-time IIHF World Ice Hockey Championship gold medal winner (2003, 2004 & 2007).

Brewer was drafted by the Prince George Cougars in the 1994 WHL Bantam Draft and played 168 career games in the WHL over three seasons with the Cougars.

Since retiring from the NHL, Brewer  has been actively involved with the Cougars, spending a significant amount of time in Prince George through the season. He and his wife Rebecca live in Vancouver with their two daughters.

Dam Hamhuis has played over 1000 career regular season games in the NHL over the past 14 seasons with the Nashville Predators, Vancouver Canucks and Dallas Stars. Hamhuis was originally drafted by the Predators 12th overall, in the 2002 NHL Draft.

Hamhuis played in 280 career  games that spanned four seasons in the WHL with the Prince George Cougars. He was both the WHL Player of the Year and the CHL Defenseman of the Year in the 2001-2002 season and was named to the CHL First All-Star Team.

Hamhuis has Norther BC roots, growing up in Smithers, which he still calls home in the off-season with his wife Sarah and their three daughters. 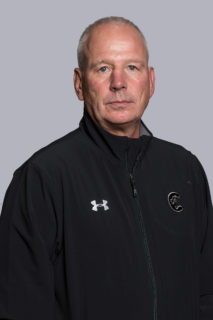 On July 4th, 2019 Mark Lamb was named the 13th Head Coach in Prince George Cougars franchise history. He was appointed as the General Manager one year earlier.

Lamb comes to Prince George with a hockey resume, that includes a Stanley Cup, and has spent 17 years in coaching and management. Lamb spent seven seasons as the General Manager & Head Coach of the Swift Current Broncos from 2009 to 2016. In 2015-16, the Broncos roster featured five players, including Glenn Gawdin and Tyler Steenbergen, that went on to win the Ed Chynoweth Cup in 2018.

As a player, Lamb was known as a creative playmaker with a tenacious work ethic and those traits afforded him a lengthy playing career at the professional level. He played 13 seasons and over 400 career regular season games in the NHL between Calgary, Detroit, Edmonton, Ottawa, Philadelphia and Montreal. Lamb won the 1990 Stanley Cup with the Oilers.

Mark and his wife Tanya live in Prince George. 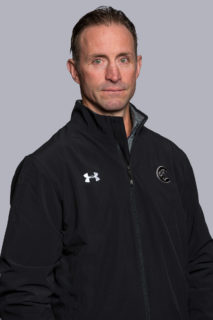 On July 16th, 2019, Jason Smith was named the Cougars’ Associate Coach. Smith brings a wealth of experience to B.C.’s Northern Capital, having played over 1,000 games in the NHL in a career that spanned 15 seasons. He was most recently the Head Coach of the Kelowna Rockets for parts of three seasons. 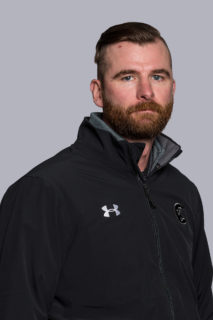 Taylor Dakers comes to Prince George with plenty of experience, as he spent the past five seasons with the Red Deer Rebels and one season with the Everett Silvertips prior to that.

The Langley, BC, product played four seasons in the WHL with the Kootenay ICE from 2003-2007. Dakers was drafted by the San Jose Sharks in the fifth round, 140th overall, in the 2005 NHL Draft. He went on to play two seasons in the Sharks organization, splitting his time in the AHL with the Worcester Sharks and with their ECHL affiliate, the Phoenix Roadrunners.

Taylor lives in Prince George with his wife and their two kids. 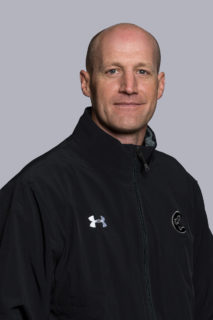 Steve O’Rourke, who spent the previous three seasons as the team’s Associate Coach, will assist in development of Cougars players, including signed and listed prospects. In a renewed, and strengthened partnership between the Cougars, Prince George Minor Hockey Association (PGMHA), B.C. Hockey and the Cariboo Cougars, O’Rourke will also have a lead role in developing local players and minor coaches through skills programs and clinics.

O’Rourke was behind the bench as Team B.C.’s Head Coach at the 2019 Canada Winter Games in Red Deer, AB. He also led Team B.C. to a gold medal at the 2017 WHL Cup in Calgary, AB. In May, he was named an Assistant Coach for Hockey Canada’s 2019 World Under-17 Hockey Challenge which will take place in Medicine Hat, AB and Swift Current, SK in November. 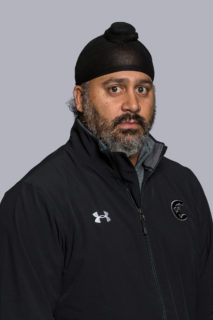 Chico joined the Cougars in the 2008-2009 season and has spent the last 10 seasons as the team’s Athletic Trainer and Equipment Manager.

He has degrees in Kinesiology and Psychology from the University of Saskatchewan.

Chico began his career with the Humboldt Broncos, joining them as they won two league championships and a National championship. He also held the position of Equipment Manager for the Women’s U18 and U22 National teams, the latter as the team brought home two European Air Canada Cups. Twice he has represented Team WHL at the Canada Russia Series.

Chico lives in Prince George with his wife Amy and their two daughters. 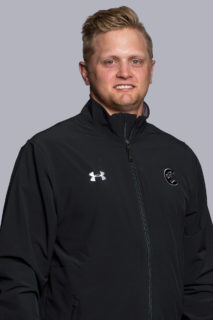 The Prince George, B.C. product comes to the Cougars from the Victoria Royals where he served as a student Athletic Therapist for the past two seasons. Matthies recently completed a Bachelor of Athletic & Exercise Therapy degree from Camosun College.

Matthies has spent the last four years in Hockey Canada’s Program of Excellence as an Equipment Manager. He was a staff member on Hockey Canada’s National Women’s Under-18 team that won a gold medal at the 2019 World Under-18 Championship in Japan. He was also was a member of the National Women’s Development team that won a silver medal at the 2018 4 Nations Cup in Germany.  Prior to that, he was the Equipment Manager for four years for Team B.C., working with the Under-18 women’s team which included the 2015 Canada Winter Games. 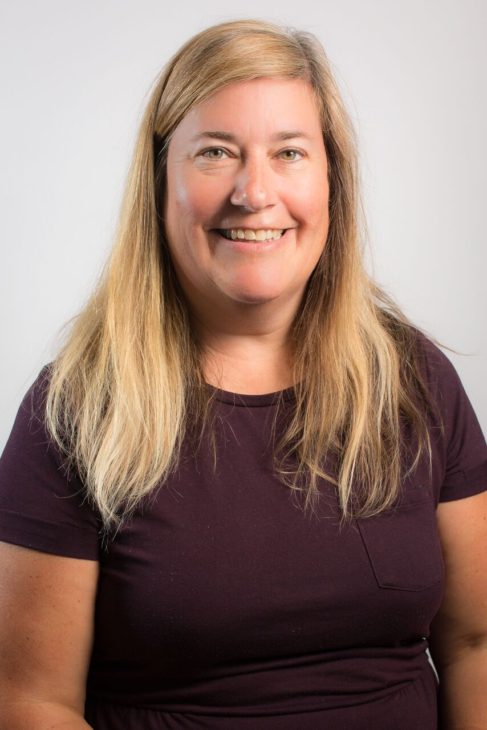 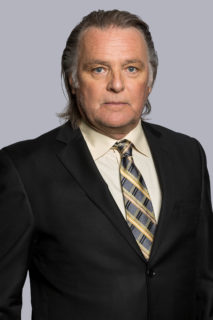 Bob Simmonds has been scouting for the Cougars for over a decade and was appointed the Director of Scouting on July 29th, 2014.

Simmonds, a retired 37-year veteran of the RCMP, dedicates himself to cover several hundred games each season throughout Western Canada, scouting the top Bantam prospects.

Simmonds lives in Sherwood Park, Alberta, with his wife Cathy. 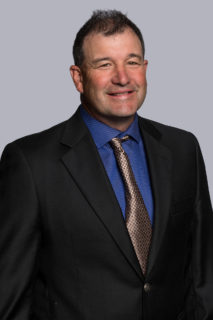 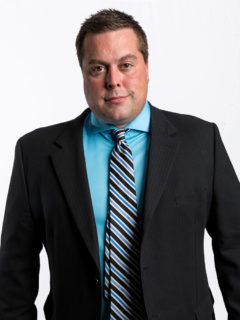 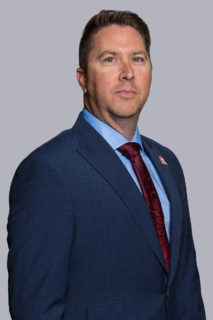 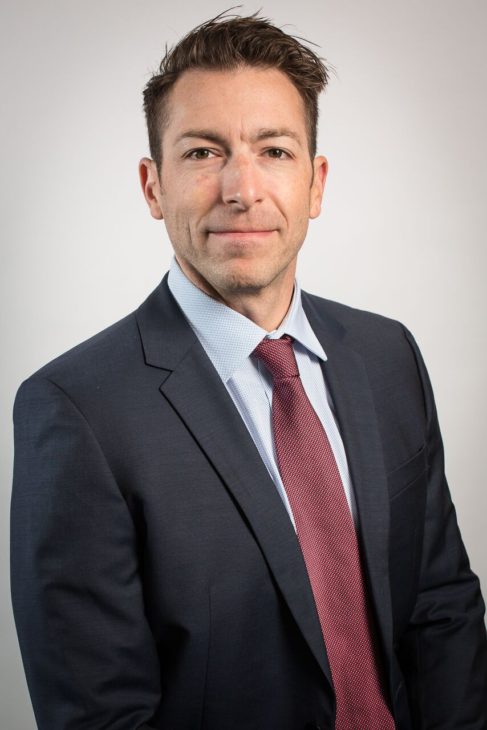 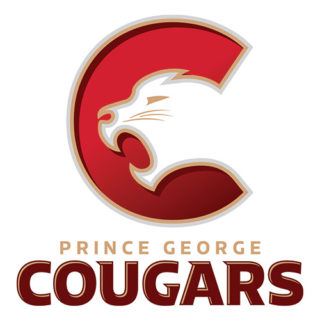 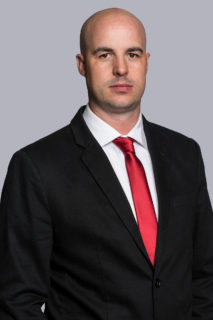 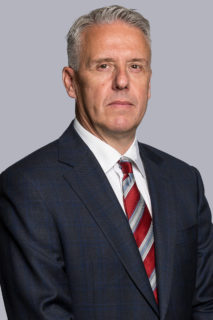 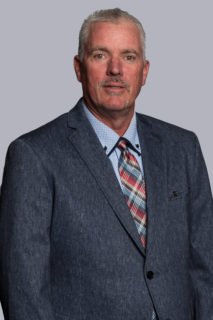 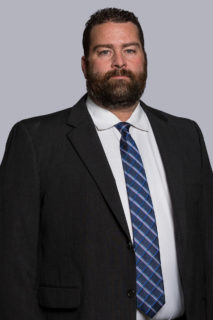 For any general questions, please contact our Cougars office at :

Follow us on our social media channels to stay up to date on the Prince George Cougars: