Q and A: Andy Beesley. 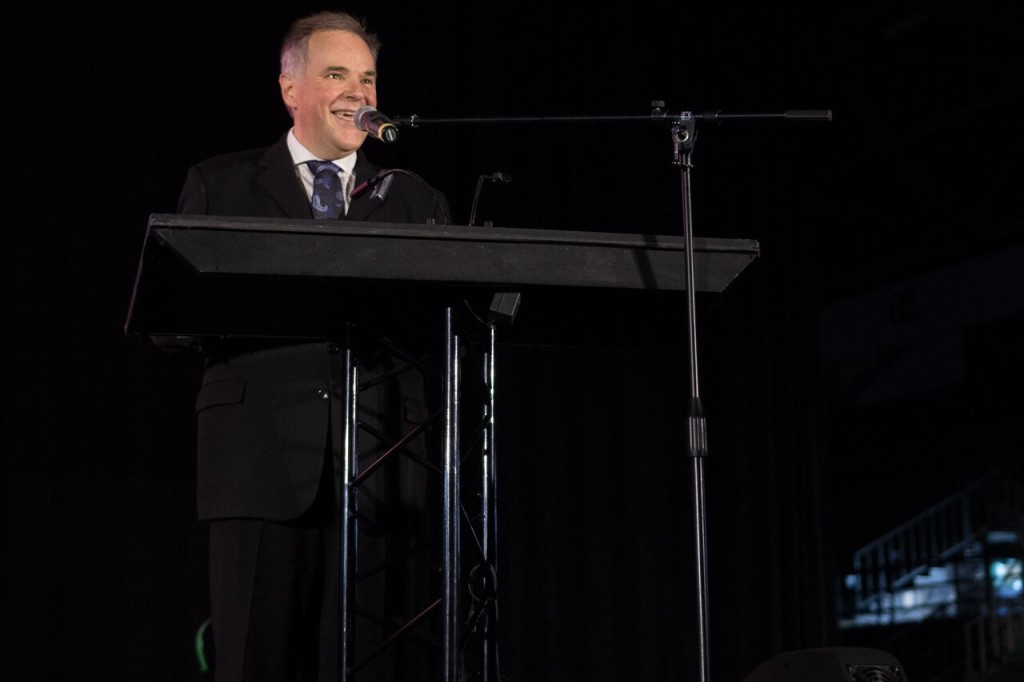 DO: Andy, can you start by giving us the background on your involvement with the Cariboo Cougars?

AB: I’ve been involved with the Cariboo Cougars ever since (Head Coach and General Manager) Trevor Sprague came aboard. It started when my son Marcus was a goaltender trying out for the team and then eventually made the team. I started speaking with Trevor in detail about things and suddenly before I knew it I became the full blown manager of the team. I’ve lost track of just how many years it’s been honestly, but I was in charge of the billet program, travel, meals, off-ice activities, logistics, the business of the team and also extremely involved with the team itself. I was a sounding board for players, a safety net for them if they had a challenge with the coach, or if they were homesick. I ended up being a manager/counselor/hotel reservation guy and just about everything in between. I would also accompany them on the road and act as their ‘safety person.’ I often filled in for the trainer, and dealt with the bumps and the bruises and the injuries. I got pretty good at taping players. I’ve been sweated on, vomited on, bled on and cried on. I’ve had a lot of interaction with the team in many different aspects.

DO: The Cariboo Cougars have really established themselves as one of the model franchises in the entire nation of Midget Hockey. Why do you think that is?

AB: Trevor Sprague is the answer to that question. Trevor is the heart and soul behind the team and he’s got a passion and a dedication beyond any other coach at this level, period, bar none in the entire country. What he’s done is he’s taken a little community like Prince George and an unknown team in the Cariboo Cougars and has turned it into a model franchise in the country. It’s now a role model organization in all aspects including: the types of kids this team is looking for, the behavior standards, the care that’s put into them, and the type of billets. These kids are held to a very high standard and Trevor’s skill is putting high quality people in place to help the program succeed. He’s not shy about letting those people make decisions. He’s had tremendous talent over the years in terms of his coaching staff and so on, and that’s been a huge reason for the Cariboo Cougars success.

DO: The Prince George Cougars and the Cariboo Cougars seem to have this unspoken bond between them. Maybe it’s the same name, or the same city, but is there anything that comes to mind that could help explain why these two franchises have worked so closely together over the past number of years?

AB: The Major Midgets are a potential feeder team to the WHL and to our Prince George Cougars. It’s a natural fit having these two teams working closely together but again I would say it has a lot to do with Trevor and the Prince George Cougars coaching staff who are in constant communication with one another. But the more specific and recent example of why these teams work so closely together is the Prince George Cougars new ownership group and the New Ice Age. One of the things about hockey that I love the most is watching kids develop and move on. You don’t like to lose good talent, but in the end that’s what we do this for. But the same thing goes for us adults. My own son Marcus is now a full-time professional goalie coach in Calgary and it’s awesome to see him move up in his career. But I want to talk about myself for a second because I also was able to develop my skills and I want to make something very clear in acknowledging the fact that it was my involvement with the Cariboo Cougars major midget team that helped me become the Vice President, Business with the Prince George Cougars. President Greg Pocock and I go way back in hockey circles and dealing with minor hockey teams, but there’s no question in my mind at all that my experiences with the Cariboo Cougars helped groom and develop my skills and my understanding of the hockey world for me to take this major step to work with a WHL team. A piece of my heart will always be with the Cariboo Cougars and my loyalties to both teams are very strong, and that is why we will make sure that this relationship remains strong moving forward.

AB: Getting the Telus Cup is not something that you just apply for and get. In our case, it’s actually been years of hard work trying to get the Telus Cup to Prince George. Quite a few years ago when I was full-time involved as a volunteer with the Cariboo Cougars a committee of us: Jane Newman, Shawn Rice, Jim Swanson, John Morrison, Trevor Sprague and I put in a bid to get the Telus Cup and we had worked with the previous Prince George Cougars ownership trying to get some interest and to be honest I don’t think we were quite strong enough back then. We were close, but the tournament had been awarded to Leduc, Alberta instead. But that allowed us the ability to learn how to make a successful bid. So more-or-less our same group got together again and decided to put in a bid for the 2017 Telus Cup and we’ve been working hard to put together a winning bid package. But the Prince George Cougars have completely thrown their support behind this, and because the Cougars are so solidly on board and so solidly part of our community, I really think that may have been a big piece in helping us secure the Telus Cup for 2017.

DO: What’s in it for the Prince George Cougars to be involved and so supportive of the Telus Cup when it comes to town?

AB: There’s three main pillars to what holds up our team in this community. Number one is the on-ice hockey product, and we have to have a winning team and we’re committed to doing that.  Secondly we have to provide amazing entertainment for our fans, and thirdly we need to be strong corporate citizens and we want to help out the community. So from the Prince George Cougars point of view, that’s what this is all about. It’s going to be fun for Cougars fans to watch young and up-and-coming potential Cougars players. But the Telus Cup also brings a great deal of economic benefit and self-esteem to our community because it’s yet another major national focus on the City of Prince George and allows us to puff out our chests, hold our heads high and say: “We’re not only capable of hosting this type of tournament, but we’re getting this type of tournament now and we’re doing a darn good job in hosting it and making sure that we’re doing ourselves proud.”

DO: You’ve been cried on. You’ve been bled on. You’ve organized countless road-trips for the Cariboo Cougars franchise and done so much work voluntarily to assist with the success of the Cariboo Cougars. To see the Telus Cup coming to Prince George in 2017 and to see this franchise with a great opportunity to win their first ever Telus Cup, what would that mean to Andy Beesley?

AB: It’s really just a feeling of unbelievable pride. I’ve seen incredible talent over the years from the boys on the team and also from the many volunteers who have helped out with the team. Getting the Telus Cup doesn’t happen by accident. You only get it because you’ve put in the work. Most successful people and most successful bids come as a result of a lot of hard grunt work that happens behinds the scenes for months or even years. What I think is great about this is that all of the hard-working passionate players, staff members, volunteers and Cariboo Cougars supporters  all benefit from this. It’s just a giant ‘check mark’ saying that all of that hard work was worth it. And the thought of winning the Telus Cup to me is also a sign of the New Ice Age of the Prince George Cougars and just how we are able to support this type of event and help out our community. Hockey is a game ultimately, but I’ve always believed that it can be so much more than a game. It can be incredibly meaningful in how we are able to help create healthy, vibrant, contributing members of our society. To make the players, staff, coaches, volunteers raise their game to another level and another standard. It’s so much more than just a game in my opinion. Hockey has the ability to transform people’s lives and also entire communities for the better. The Prince George Cougars and the New Ice Age are so proud to help bring this type of event to Prince George. And let’s be clear, this is a huge tournament. The hockey is amazing. But there’s other stuff coming too. I think everybody can probably guess what other events we’re interested in. We’re interested in some banners in our ceiling, and wouldn’t it be fun to win the ultimate junior hockey championship right here at home? More news on that to come but we’re certainly casting our nets even wider than the Telus Cup. But this is going to be a major opportunity, a major event, and a major stepping stone for all involved.